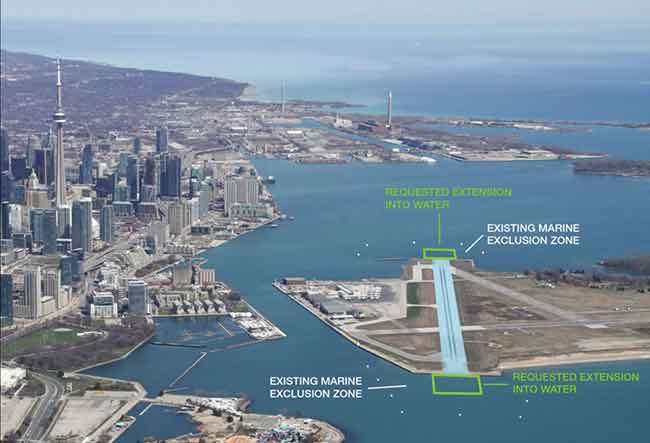 Governments, even the hipper ones, do not tweet out serious policy announcements like some teenager letting his posse in on the latest “awesome.” Airport detractors may quibble over the level of seriousness, but when you are Canada’s transport minister, any decision impacting operations at the country’s busiest air transport hub, a large aircraft order for a struggling Canadian aerospace company and the fate of high-paying jobs at one of the city’s last remaining industrial manufacturers, jets at a regional airport is a big deal.

Also, the haste with which Garneau got out the news – less than 24 hours after describing the island airport as a “complex issue” – hints at a backroom political ploy to put jets on the backburner in order to appease a handful of expansion opponents in the Toronto caucus, rather than pouring cold water on the project entirely. It is called stalling for time.

The stumbling block remains a tripartite agreement between the federal government, City of Toronto and PortsToronto, the federal authority that owns and operates the airport. The agreement sets out strict noise limitations that the Bombardier C Series complies with, but the airplane remains in a holding pattern because it is a jet. Garneau leaped into the Twitter-verse just as PortsToronto was putting the finishing touches on three reports, including an environmental assessment, at the city’s request.

Allowing the C Series onto the island airport would require an extension of the main runway by 200 metres at each end. Robert Deluce, chief executive of Porter Airlines, calls the extension “modest.” Adam Vaughan, a former city councillor who now holds a downtown Toronto seat for the Liberals describes it as “paving over the lake.” Even so, denying jets may not be enough to keep the cement mixers at bay. PortsToronto could still extend the runway at both ends to comply with Transport Canada’s Runway and Safety Area (RESA) regulations, leaving Garneau and Vaughan with some backtracking to do.

Meanwhile, evidence supporting the operation of jets at Billy Bishop Airport piles up. Graham Webb, vice-president of commercial engine programs at Pratt & Whitney, recently weighed in on the debate, telling the National Post that the company’s clean-sheet “PurePower” PW1500G (which will also power the Airbus A320neo) is not a “jet” but a “turbofan.”

PortsToronto has closed the jets file, but will complete the technical studies and is expected to make the results public. That raises an interesting question. Originally, the transport minister said that the government’s decision would be guided by fact-based evidence. We should expect no less from Canada’s pioneering astronaut. Still, as that evidence mounts, what will the federal government’s response be if Toronto asks that the tripartite agreement be re-opened?

As the Toronto Star noted in a recent editorial critical of the government, “Billy Bishop Airport isn’t some fly-by-night.” The airport handles more than two million passengers a year, and an investment firm recently bought the passenger terminal for an estimated $750 million. Tens of thousands of families have moved into a wall of condominiums built along the waterfront since Porter launched, and airport noise is still drowned out by traffic congestion along the adjacent elevated expressway.

There are issues other than aircraft noise linked to growing out Billy Bishop, including groundside access. Nevertheless, a new government acted with questionable haste on an emotionally charged issue, and on the flimsiest pretext. Not wanting to throw these new members under the bus so soon after the ballots were counted may be well intentioned, but hardly the template for sound policy. Certainly the government arbitrarily risks undercutting a more significant promise to make cities partners in local decision-making. All of which suggests that the battle over the airport is far from decided, and jets will live to fight another day.