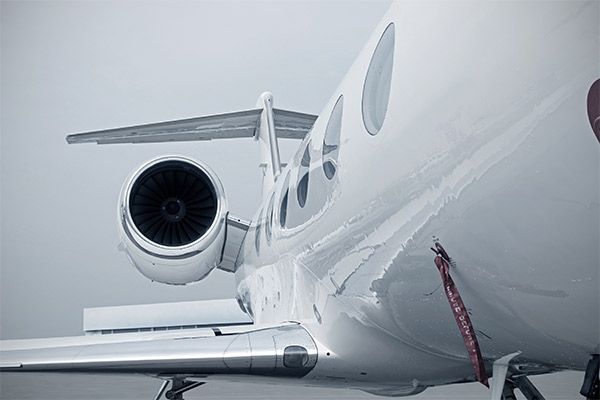 Depending on how you spread and interpret the data and historical trends, the industry could see anywhere between 1,192 and 1,296 used transactions take place during the 2nd half of 2017 – and either would set an annual record for pre-owned transactions.

“The pre-owned market is as active as we’ve seen it in a long time. Aircraft that are priced correctly and have a reasonable pedigree are selling quickly – the strongest market being $20MM and less,” says Brian Proctor, President & CEO, Mente Group.

“Due to the large amount of value that aircraft lose now, especially early in their life cycle, it really creates a value proposition for a buyer. Some buyers that have historically been new aircraft purchasers are considering the pre-owned market for the first time because of that value proposition. We are still seeing activity with the OEM’s as well, especially among the fleet buyers, purchasing multiple units for a common fleet.”

Value Depreciation
When it comes to value depreciation, Mente Group has diligently analyzed trends and still believes there is room for improvement. “As robust as the used market is right now, we haven’t seen values fully rebound. I think that we are definitely past the bottom, but I don’t see the activity levels changing pricing levels proportionally. We have been using the term ‘priceless recovery’ for how the business jet market is performing right now.”

Jeff Dorrough, VP of Asset Management for Mente Group, said the best that can be hoped for currently is a flat depreciation curve. “If the aircraft has a bad pedigree, has not been maintained well, or if the owner hasn’t performed routine and basic asset management on the aircraft, then those aircraft struggle in the market. Otherwise, as long as an aircraft is priced accordingly, they are selling fast. We haven’t seen a shortage of buyers.”

Next Generation Compliance
When asked about how NextGen compliance is affecting used aircraft sales, specifically the 2020 mandate, Brian offered the following: “What we’re seeing a lot of right now are buyers who are making a value decision on an aircraft and purchasing it at a certain price knowing that they will be putting the plane down post-close to get work done. We’ve seen a lot of aircraft go into maintenance after a sale with work packages totaling between $1MM and $2MM that include paint and interior soft goods refurbishment, avionics upgrades, wifi installation, and ADS-B Out. When it comes out of maintenance, the owner has an aircraft that can be operated for the next several years without needing any major modifications done to it.”

“Our clients now are very educated on the purchasing process. They are buying aircraft more like they did 30 years ago and less like they have over the past 10 years. They are looking less at the purchase price of the aircraft and more at direct operating costs and residual value retention. Mente Group’s consulting business is as busy as it has ever been.”

Experts in the industry believe that the secondary market needs to recover in terms of inventory levels and value before new aircraft sales are able to get back to the levels they were prior to the recession. With used transactions occurring at record pace during the 1st half of 2017 the stage is set for the 2nd half of the year, which historically tends to be the stronger half of the year for pre-owned sales.