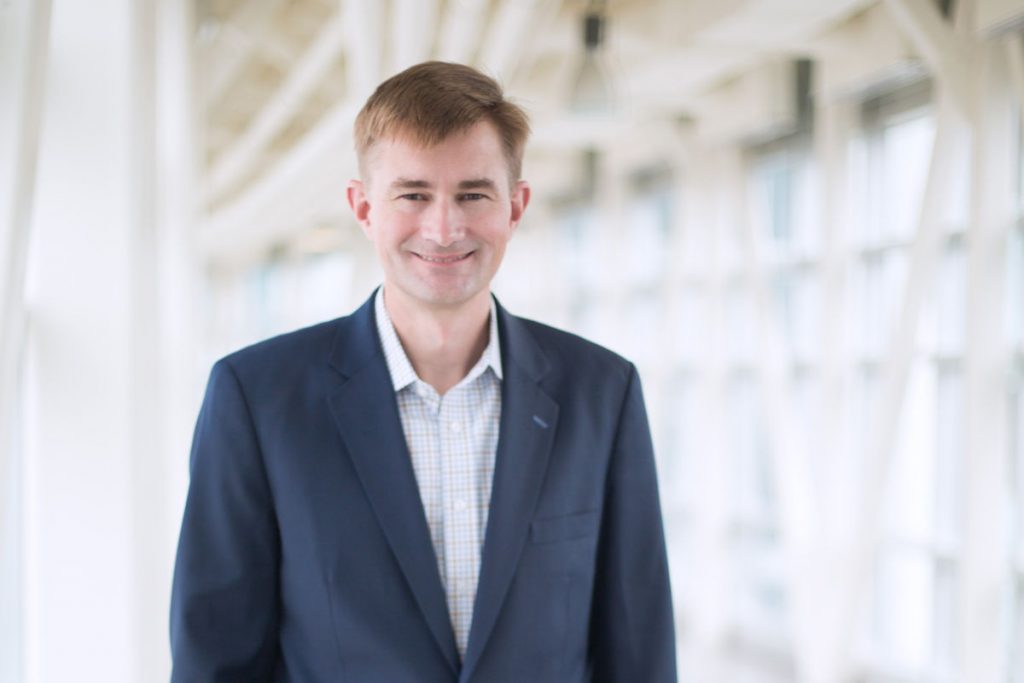 Charles Duncan, executive vice president and chief strategy officer of WestJet, will share insight from his 20-year aviation career on September 21 at Careers in Aviation Expo in Mississauga. (Photo: WestJet)

Charles Duncan, executive vice president and chief strategy officer of WestJet, will provide the opening keynote at Careers in Aviation Expo 2019 taking place inside WestJet’s 737 hangar in Mississauga on September 21, 2019. The one-day event focuses on providing aspiring aviators and young professionals with real-world insight into a range of aviation and aerospace fields, with an emphasis on pilots (both fixed- and rotary-wing), Aircraft Maintenance Engineers (AME), and operations professionals.

In addition to Duncan’s opening keynote address, which will include an inside look at the growth of WestJet and important trends across the aviation world, five other industry insiders will provide main-stage presentations on the opportunities and challenges of developing a rewarding aviation career. New to the September 21 event in Toronto is a series of Breakout Sessions, in which attendees can explore specific career options with groups of six to eight people led by an inspiring mentor. Through the Careers in Aviation registration page, attendees can sign up for four Breakout Sessions throughout the day with pilots, AMEs (M1, M2, E, S), aerospace engineers, military personnel, corporate leaders and even human-resource professionals who will provide job-seeking tips.

Attendees will also have access to more than 35 top aviation organizations exhibiting at the event. In addition to these exhibitors, who will share specific hiring needs and goals, the event is sponsored by WestJet, Levearo Aviation, Centennial College, Diamond Aircraft, Flying Colours, Million Air and Pratt & Whitney Canada. Lunch is also provided to attendees for free, through sponsor Lufthansa Technik. Early-bird tickets are available until September 10 for $35 using the code EARLYBIRD10.

As one of North America’s top airline executives, Duncan holds a unique knowledge of the airline world from his experience of developing commercial air-transport interests across Asia and Europe to managing one of the largest airline maintenance organizations in the United States and overseeing one of United Airline’s busiest hubs at Chicago O’Hare.

Duncan joined WestJet Encore as president in June 2017 and in August 2018 moved into his current position as executive VP and chief strategy officer, playing a critical role in the airline’s domestic and international growth. He is responsible for developing WestJet’s strategy and for ensuring the company’s ability to execute on strategic goals.

Prior to joining WestJet, Duncan enjoyed a long and successful career with Continental Airlines and then, through merger, with United Airlines. He navigated the commercial side of the Continental business with roles in pricing and revenue management, network planning, and sales. He was based in Japan for 10 years and played a key role in Continental’s launch of trans-Pacific service to Tokyo, Hong Kong, Shanghai, and Beijing; ultimately leading to his role as president and chief operating officer of the airline’s subsidiary, Continental Micronesia in Guam.

In his last position at United Airlines, Duncan was senior VP, technical operations, where he oversaw the maintenance organization of 12,500 employees, including aircraft line and base maintenance, maintenance planning, reliability, ground service equipment, facilities and supply chain. During his 20-year career in aviation, Duncan has held a number of leadership positions, including VP, Chicago O’Hare Hub, as well as VP, Europe, Middle East, Africa and India for United Airlines.