News
Women in Aviation: Some 54 countries and counting

Passion, curiosity, and a sense of adventure . . . aviation attracts a lot of people with these amazing qualities and Nachelle White has them all in spades. 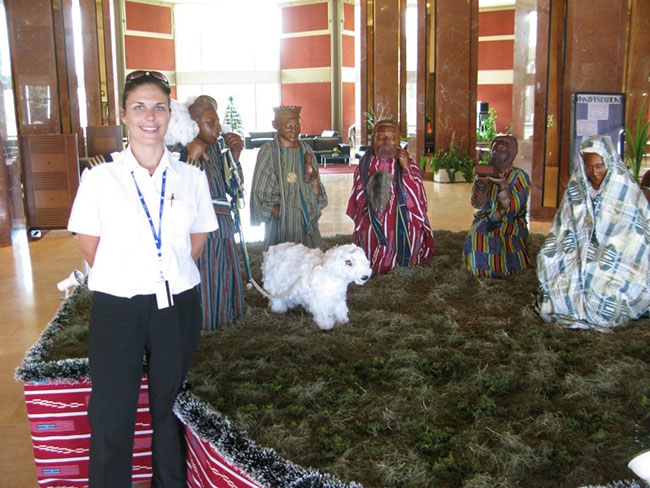 I like to think of it as a wolf pack; once they decide you are okay Passion

A recent recipient of the Northern Lights Award in the flight ops category, White began her career as a flight instructor and followed a typical Canadian path of bush flying, survey work, forest fire suppression support flying, and flying night cargo runs. She has spent the past seven years flying for a humanitarian organization in Africa and Afghanistan. It’s certainly not the typical career path for your average young Canadian woman, but White is far from typical or average.

White has visited more than 54 countries and has an amazing enthusiasm for life and flying. She has flown across the Atlantic and surveyed the wild life from 300 feet over Central Africa. She has flown through the jungles and mountain ranges of the DR Congo and Uganda, across the deserts of Sudan and up the Cote d’Ivoire of West Africa. Yet, it is her compassion for the people she has met along the way, which animates her conversation. She talks fondly of the air traffic controllers she got to know in Darfur and the guy who brought her bags of fruit in the Congo and the Persian rug dealer she shared tea with in Afghanistan.

She is indeed a collector of “life experiences” and the flying – although interesting and challenging – was also her ticket to travel the world and really experience life. Wings caught up with White during her magical mystery tour and asked her to share some insights into her life, challenges young women face in the aviation business and more!

What advice would she give budding young aviators?

NW: Dream big, dream outside the box and then follow your dreams and they will lead you to magical, amazing places!

Wow, Nachelle. What a life! What is your next adventure?

NW: After many years away, I decided to come back to Canada to spend time with my family and friends. Now, I am flying a corporate jet around North America. It’s a big change in my flying and a huge adjustment returning to life in North America but I am enjoying it very much.

Why did you choose a career in aviation?

NW: I grew up around airports and airshows. My mother was a private pilot, my father flew commercially and eventually worked at Transport Canada and my uncle flew Hercs and then went on to fly for Air Canada. Aviation was just in my DNA. My parents tried to encourage me to take a different career path but my mind was made up fairly early.

Did you have any role models and/or mentors?

NW: Exposure to aviation was the biggest influence of all. I took a familiarization flight at 13 and was lucky enough to fly in a jet with my dad. I read a few books like “West with the Night” by Beryl Markham about flying in Africa and the biography of Jaqueline Cochrane, a famous American aviatrix. I also joined the Women in Aviation Chapter in Toronto and met a few Air Canada pilots, Lisa Graham and Cathy Fraser, and they were very encouraging.

Was it hard being a woman pilot in Africa?

NW: To be honest, the work was challenging but not particularly because I am female. The uniform gets a lot of respect over there no matter who’s wearing it. I find that most flying jobs require an initiation into the group. I like to think of it as a wolf pack; once they decide you are okay, you are accepted into the pack and treated as an equal. All the pilots become protective of their group and we help each other out. I think it was very important to show confidence in my flying abilities and also confidence in getting along in that part of the world.

What kind of challenges have you encountered?

NW: Well, once my team tried to sell me for some cows! I didn’t think four cows were quite enough! Kidding aside, in aviation, you encounter all kinds of personalities and cultures and you need to figure out the best way to work with people. That can be the most challenging aspect.

Would you recommend a career in aviation to other young women?

Certainly, but you do need to have a sense of adventure and a free spirit. It helps if you like to travel obviously. Other helpful qualities are resourcefulness, resilience and flexibility of course.