When thinking of flight training and simulation, the first names that usually come to mind are Montreal-based CAE, L-3 Link Simulation in the U.K. and New York-based FlightSafety International with 57 per cent, 22 per cent and 11 per cent market share respectively. 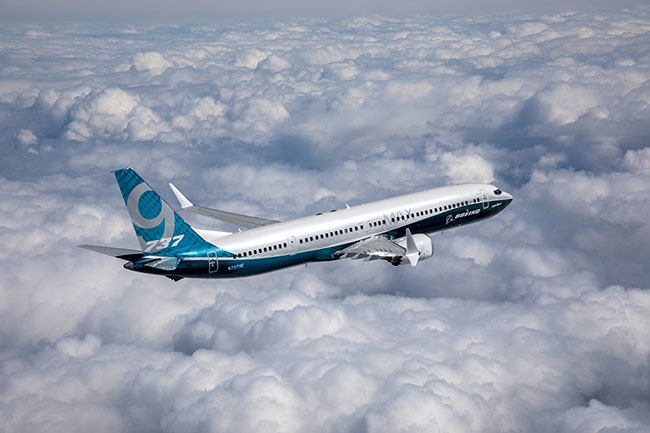 But another player located close to CAE’s Montreal location is starting to flex its muscles – TRU Simulation + Training.

TRU began life as a research project by five graduate students from Concordia University to design a flight simulator using microprocessor technology developed by the National Research Council. After successfully completing their project, the five students launched their own company in 1987 called Mechtronix.

The firm started as an engineering consultancy group specializing in all aspects of microprocessor industrial applications, but in 1996, the company introduced its family of flight training simulators ranging from software applications to Flight Training Devices (FTD) and full motion Level D Full Flight Simulators (FFS).

TRU Simulation + Training was essentially the amalgamation of three entities that each brought a set of expertise and capabilities which allowed the company to have a complete portfolio of products and services, according to George Karam, vice president and general manager, air transport simulation who was vice-president of business operations at Mechtronix when it was acquired by Textron.

At the time, Mechtronix was focused on commercial fixed wing flight simulation, mainly in emerging markets, for OEMs, airlines and training centres. Except for the software supplied by external vendors, most of the hardware of the FTD and FFS built in Montreal is made in house like the frames, panels and visual displays.

For its part, Opinicus was split 50-50 between civil and business aviation, essentially for Cessna Citation, Bell Helicopter and military work.

Although both companies have been around for some 25 years, Mechtronix and Opinicus had made only small inroads into a simulation market dominated by FlightSafety and CAE on the civil side and L-3 Simulation & Training on the military side. The goal of Textron in founding TRU was to get a full-fledged training company.

“Textron was able to identify that Mechtronix had solid technology with good capacities in the simulation area, but as a company we were lacking a balance sheet,” Karam noted. “So having Textron as the parent company providing the fuel to grow the company allowed us to go the next step and be able to compete.”

TRU’s first contract was the sale of a CJ3 FFS to a customer in Germany. It was also the first provider of an FFS for the ATR-600 Series in Latin America, providing a Level D FFS for ATR’s Avianca training facilities in Bogota, Colombia. It also signed a contract to provide China Express Airlines with a Bombardier CRJ 900 FFS X FFS to support the airline’s increasing numbers of the CRJ. But the company’s major breakthrough was its 10-year deal signed in 2014 to supply all FFS for the Boeing 737 Max and 737X.

“It was a very competitive deal with all the major simulation companies keen to win the contract, but ultimately we knew we had the capability to be considered a serious candidate,” Karam said.

At the time of the acquisition, Mechtronix had less than 200 employees and was delivering about 10 FTD and FFS a year. Since being created by Textron, TRU has doubled its output and employment in Montreal now represents 360 of the company’s 1,000 employees.

While Textron doesn’t break down sales at TRU specifically, it is part of Textron Systems, which builds unmanned systems and armoured vehicles among other products such as FFS. This division accounted for 13 per cent of Textron’s total revenue of $13.8 billion in fiscal 2016.

The first 737 MAX FFS is currently operational at Boeing’s training centre in Miami. The second is in Boeing’s Singapore training centre, a third was installed at Gatwick in June and the fourth will be installed in Shanghai.

TRU also announced in May that it has signed an agreement with Icelandair to provide a Boeing 737 MAX FFS to its flight-training centre in Reykjavik, Iceland. The device is planned to be delivered in mid 2018. The new B737 MAX full flight simulator will be the second device delivered to Icelandair’s Flight Training Centre. The centre currently has a B757 full flight simulator, which was delivered in late 2015.

In April, TRU announced it had signed an agreement for an Airbus 320 full flight simulator with Finnair Flight Academy, based in Vantaa, Finland. The device is expected to be delivered in the third quarter of this year. And late last year, TRU delivered a suite of new simulation and training devices for Oman Air. Under the agreement, TRU both delivered and qualified two FFS for the B737 and A330 aircraft operated by Oman Air along with a flight training device and virtual cockpit classroom for the B737NG. The suite of training products provided for the B737NG share the same software, allowing the same high-level fidelity across the product suite. TRU will also be providing a full turn-key maintenance service for the devices.

TRU has also tapped the Indian market after signing an agreement with Flight Simulation Technique Centre to provide a new B737-800W FFS in Gurgaon, India.

Since being created by Textron

The modifications, a combined value of over $30 million, were completed under a contract with the C-17 Training System (TS) prime contractor, L-3 Link Simulation and Training. The C-17 MTS is the USAF Air Mobility Command’s large complex training system with 11 device types. The USAF has a total of 37 devices installed at eight locations. TRU has performed as the maintenance device provider for the C-17 training system since 1997.

In the BizJet world, TRU said it will continue to expand its pilot training capabilities throughout the year to include several popular Textron Aviation business jet models including the Cessna Citation Longitude, Citation Sovereign+, Citation Latitude and Citation CJ3+.

Most recently, the Citation CJ3+ training program, which is available at the TRU ProFlight Pilot Training Center-Tampa, successfully received full program certification and is currently accepting customers. The Level D full flight simulator for this course is configured for the Citation CJ3+ and Citation M2 aircraft models and is EASA and FAA certified to serve the needs of American and European pilots.

Despite its impressive growth, TRU has a long way to go to catch up to leader CAE. According to Flightglobal, CAE has more than 700 commercial simulators installed globally, compared to 295 for L-3 and 46 for TRU. Still, it’s a good start.

“If you asked CAE, they would tell you that the last couple of years have been more competitive in the simulation market,” noted National Bank Financial analyst Cameron Doerksen. “Lockheed tried to get into the market, but gave up. The Boeing contract awarded to TRU was primarily for training centres and does not preclude CAE from supplying other customers such as commercial airlines with 737 simulators.”

Karam underlined the fact that a small company with investments from Textron is able to compete internationally and grow. “The fact that a Canadian company owned by an American group is supplying FFS and FTD to Boeing for their new aircraft “is a huge vote of confidence,” he said.

And now that TRU has a diversified revenue stream as part of Textron compared to what Mechtronix had on its own, it has the ability to ride out any market downturn, added Karam.

With the backing of Textron, Karam was asked if TRU will be looking at other acquisitions to grow its business. “It will be a combination of organic growth through increased output over the short and medium term and we’ll be keeping our eyes open for other opportunities. But we will not jump into a business we’re not familiar with just for the sake of growth.

“TRU is building relationships with airframe contractors which will make it a major supplier for training centres around the world. We’ve gained some recognition and have captured an impressive share of that market through Boeing, Airbus and ATR.”

In terms of growth opportunities, it will come from all market segments, namely OEMs, training centres and airlines. Geographically, most demand will come from aircraft deliveries in Asia and the Middle East, like everyone else.

“Therefore we will focus on positioning ourselves within those market segments,” Karam said.

It appears that TRU Simulation + Training has to be considered a serious player in the global simulation market.