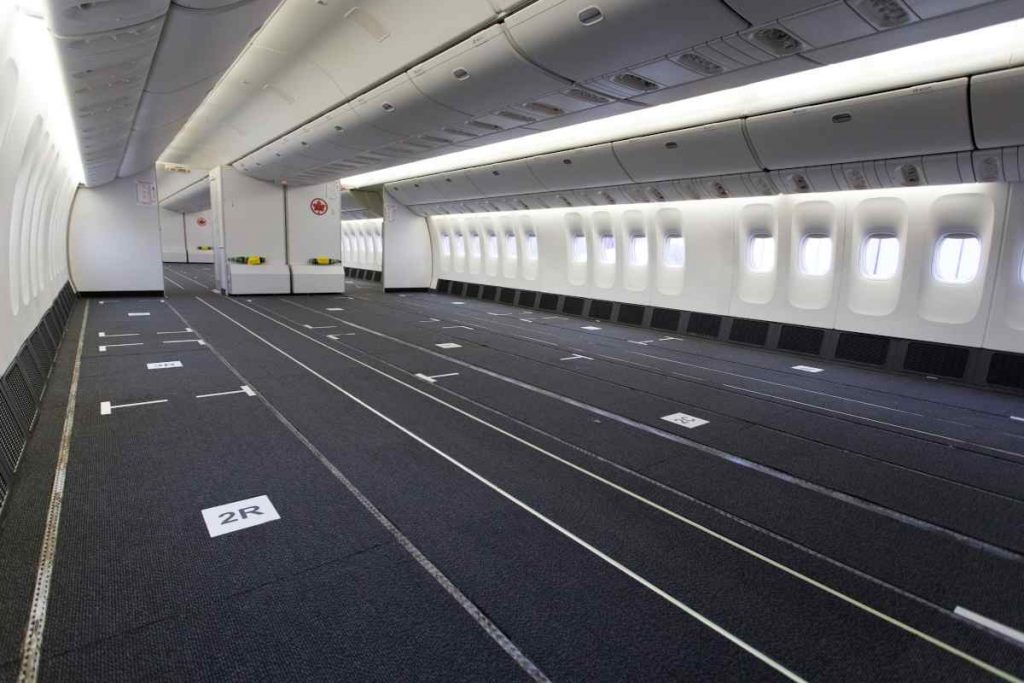 Air Canada plans to operate up to 20 all-cargo flights per week, including the use of three 777-300ER aircraft, recently reconfigured by Avianor in Mirabel, Quebec. (Photo: Air Canada)

Air Canada is reconfiguring the cabins of three of its Boeing 777-300ER aircraft to give them additional cargo capacity. The first aircraft conversion is complete and by April 11 was in service, with the second and third aircraft set to follow shortly. The reconfigured aircraft can carry 89.63 tonnes, the equivalent of up to 9 million medical masks.

By April 11, the airline had operated 40 all-cargo flights with plans to run 20 all-cargo flights weekly, using the three newly converted jets in addition to Boeing 787s and Boeing 777s on currently scheduled flights to London, Paris, Frankfurt and Hong Kong.

“Bringing critical medical and other vital supplies rapidly to Canada and helping distribute them across the country is imperative to combating the COVID-19 crisis,” said Tim Strauss, VP of cargo at Air Canada. “The transformation of the Boeing 777-300ERs, our largest international wide-body aircraft, doubles the capacity of each flight and will enable more goods to move more quickly.”

The three Boeing 777-300ER aircraft are being converted by Avianor, an aircraft maintenance and cabin integration specialist based in Mirabel, Quebec. The company occupies over 200,000 square feet of hangars, repair shops, fabrication facilities and warehouse space at Mirabel Airport (YMX) and employs more than 350 people. Avianor was acquired in 2019 by the Drakkar & Partner’s Aerospace & Ground Transportation Division.

Air Canada explains Avianor developed a specific engineering solution to remove 422 passenger seats and designate cargo loading zones for light weight boxes containing medical equipment and restrained with cargo nets. This modification has been developed, produced and implemented within six days. All operations have been certified and approved by Transport Canada.

Through its cargo division, Air Canada explains it has been using mainline aircraft, that would otherwise be parked under the current travel rest, to operate cargo-only flights. The aircraft on these flights carry no passengers but move cargo in their baggage holds.

“The rapid transformation of some of our aircraft to meet cargo demand reflects our ability to maximize our fleet assets quickly when these aircraft would otherwise be parked,” said Air Canada’s senior VP of operations, Richard Steer. “Air Canada’s engineering team worked around the clock to oversee the conversion work, and with Transport Canada to ensure all work was certified as tasks were completed.”