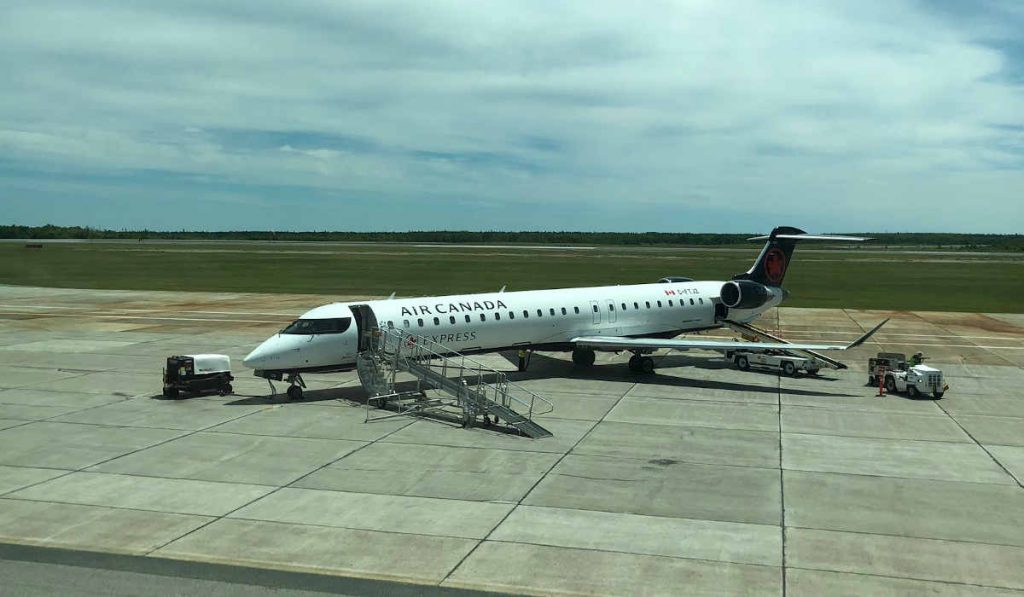 HALIFAX — The head of the airport in Sydney, NS, says service cuts announced Tuesday by Air Canada will deal a “massive blow” to Cape Breton Island.

Mike MacKinnon, CEO of J.A. McCurdy Sydney Airport, says the airport has been struggling with maintaining traffic levels since the pandemic began.

Cape Breton to appeal to Ottawa for airport support after flights cancelled: mayor

The airline announced that effective Jan. 11, it would be suspending all service to Sydney and Saint John, NB, until further notice.

MacKinnon says the airport has now lost all connectivity, hindering families, rotational workers and businesses in Cape Breton, though he hopes it will be able to bounce back after a winter closure.

This isn’t the first blow Sydney’s airport has faced, as Air Canada had previously suspended flights from Sydney to Halifax.

WestJet, the only other airline servicing the airport, suspended its flights in October as part of cuts that also affected Moncton, NB, Fredericton, Charlottetown and St. John’s, NL.