As the WestJet Boeing 737 began its final approach to Vancouver International Airport from Prince George, B.C. last February, young Harlyn was closer to Vancouver’s Children’s Hospital and the specialized treatments she would need. 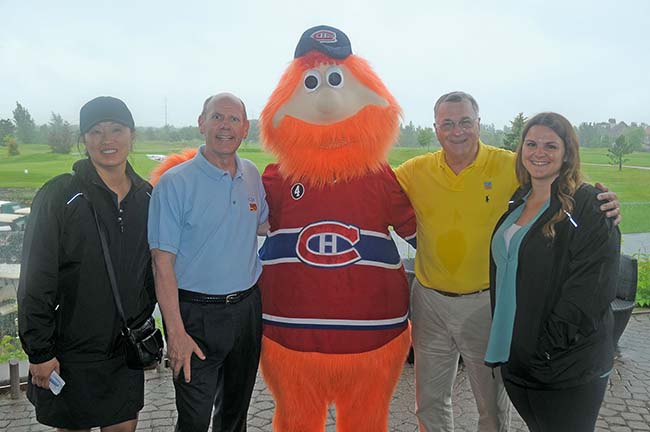 Harlyn and her mother, Antasia, were two of the 11,212 passengers Hope Air, a Toronto-based charity that provides free, non-emergency flights to individuals and families who cannot afford the cost of travel to access medical care, assisted last year.

Canadians may be surprised to learn that in most cases governments do not cover non-emergency transport for medical treatment. Each year, approximately 20 per cent of Hope Air clients say that they would cancel their appointment if they could not fly due to the distances involved. Others will try to borrow or squeeze already tight household budgets to find the extra money. In the case of baby Ezra, a patient from St. John’s, his parents – both students – had already stretched the budget to purchase a car to take their son for frequent medical appointments. Purchasing multiple flights to Toronto’s SickKids for assessment and surgeries was out of reach.

Bridging the gap for those who could not afford the price of a ticket is what inspired Joan Rogers, a Toronto’s Princess Margaret Hospital volunteer and Jinnie Bradshaw, a marketing specialist with Air Canada, to launch Mission Air Transportation Network in 1986. Rogers, who sadly passed away in 2011, had grown weary of seeing cancer patients from the east coast arriving for treatment after spending 15 to 20 hours on a bus.

Modelled after the U.S.-based Corporate Angel Network, which uses corporate aircraft to get cancer patients to treatment, Mission Air made its first flight on November 8, 1986. In that year, the organization completed 66 flights, using airplanes supplied by corporate partners. (The company was re-branded Hope Air in 1999.)

One year after the start up, Air Canada donated 12 flights, triggering an early shift in the organization’s business model. Today, as it celebrates 30 years, Hope Air has knitted together an impressive network of airlines and volunteer pilots who provide flights.

While rooted in transporting cancer patients, Hope Air has gone further than similar services. “We are unique in that we fly people of all ages receiving care for many kinds of illnesses – including those seeking answers through diagnostic appointments. Our goal is ‘getting Canadians to getting better,’ ” Doug Keller-Hobson, Hope Air’s executive director told Wings.

In 2010, Hope Air introduced its Flight Purchase Program, using donor funds to purchase seats when donated flights are unavailable. The majority of flights are now purchased through donations. Remaining flights are donated by airline partners and volunteer pilots.

Hope Air became WestJet’s first charity, when the airline launched in 1996. WestJet and Hope Air have built a significant national partnership over 20 years, which has ensured that thousands of Canadian families have been able to reach the vital medical care they deserve.

The average household income of a Hope Air client is near or below the poverty line for their communities. The average cost of a one-way ticket is approximately $250. Last year, the greatest demand for flights was out of British Columbia, followed by Ontario, Newfoundland and Labrador, Alberta and New Brunswick.

“The need in Newfoundland and Labrador is especially great due to current economic conditions there. Meeting that need is also a challenge because of the high price of flights,” Keller-Hobson pointed out. “We rely on our supporters – airlines, individuals, generous foundations, corporations and community associations – in Newfoundland and Labrador to help ensure sustainable service.” And with good effect. Hope Air provided 1,515 free flights in the province in 2015, a 32 per cent year-over-year increase, with the bulk of clients originating from remote communities in Labrador.

Hope Air is fuelled by national and regional airlines across Canada, as well as aviation services providers such as NAV Canada. It is a natural fit.

The charity has also had success attracting other support in key areas such as the financial services industry, making Hope Air a lifeline for Harlyn, Ezra and thousands others.