News
At the Gate: Going out on top

After 15 years at the helm, James Cherry is resigning as CEO of Aéroports de Montréal (ADM) at the end of 2016. During his watch, he oversaw several major renovation projects at Pierre Elliott Trudeau airport in Dorval and the transfer of all passenger flights from Mirabel in 2004. Prior to working at the airport, he held executive positions at Bombardier, Oerlikon Aerospace, CAE and Alstom Canada. His replacement has not yet been announced. 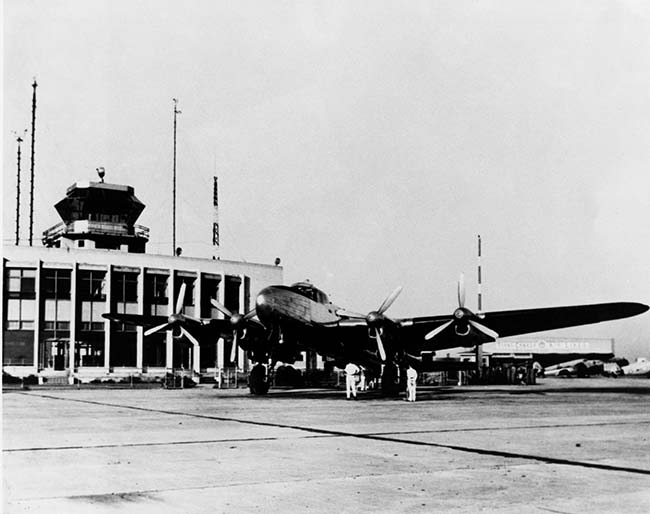 “We’re trying to make the Montreal airport an extension of the city itself.” After 15 years at the helm

“Because of his vision and sound management, ADM has experienced continuous growth: its passenger traffic has doubled, its air services, particularly the international sector, have been greatly enhanced and its infrastructures expanded and modernized, and all of this accompanied by solid financial results,” noted Normand Legault, chairman of ADM.

Cherry’s departure coincides with the 75th Anniversary of Dorval airport as it was then known. It began operations in 1941 when a series of runways were built over an abandoned racetrack in what was then cottage country on the western end of the Island of Montreal.

Its main role back then was the jumping off point for newly-built military aircraft bound for Britain during the Second World War. Over the course of the war, some 10,000 aircraft took off from what was then known as RCAF Station Lachine. After the war, Air France, BOAC (British Airways) and Trans Canada Airlines (Air Canada) were operating regular flights to the continent.

Dorval’s importance as Canada’s major airport declined in the 1970s with the arrival of larger aircraft like the Boeing 747 that didn’t require a refuelling stop in Montreal between North American and European flights. Things only got worse when international flights were transferred to Mirabel. In fact, Dorval actually stagnated until all passenger traffic was consolidated at Dorval, according to Cherry. Since then, an estimated $2.5 billion has been spent on upgrading and expanding the airport.

One area Cherry would like to see grow is more connecting passengers through Montreal. They currently represent about 18 per cent of all traffic, compared to an estimated 30 per cent in Toronto and Vancouver. He would like to see Montreal reach 25 per cent. Not only does it generate extra revenue for the airport, but it allows Montreal to serve a number of European destinations that it couldn’t do otherwise, including Zurich, Geneva and Brussels.

Another challenge for Trudeau airport is the long wait times at customs, up to two hours in some cases.

The situation is so dire that Montreal’s business leaders led by Cherry and Montreal Board of Trade president Michel Leblanc wrote an open letter to Public Security Minister Ralph Goodale in September to complain about the Canada Border Service Agency’s foot-dragging.

The resources the government is putting into pre-boarding screening and at customs is not keeping pace with Trudeau’s continued growth, Cherry said during a recent presentation at a business event in Montreal.

In addition to Beijing, new destinations include Casablanca and Tunis. Trudeau airport hopes to add other destinations in Asia, Europe and South America.

Last year’s record of 15.5 million passengers passing through the airport is expected to be surpassed in 2016. A $350-million terminal expansion was inaugurated in May to accommodate growing passenger traffic, including six new gates on the international side, plus 2,000 square feet of restaurants and boutiques.

This is key for boosting airport business, since the dwell time for international passengers can be three or four hours, noted Cherry.

The growth of the airport is linked to the growth of Montreal, said the outgoing ADM boss, who hope’s the airport’s expansion will help boost the city’s profile and reputation in order to attract more conferences and international organizations.

“We’re trying to make the Montreal airport an extension of the city itself.”


Related
At the Gate: Increasing its range
At The Gate: The missing link
Montreal-Trudeau welcomes 16 millionth passenger
Link between downtown Montreal and airport a pipe dream