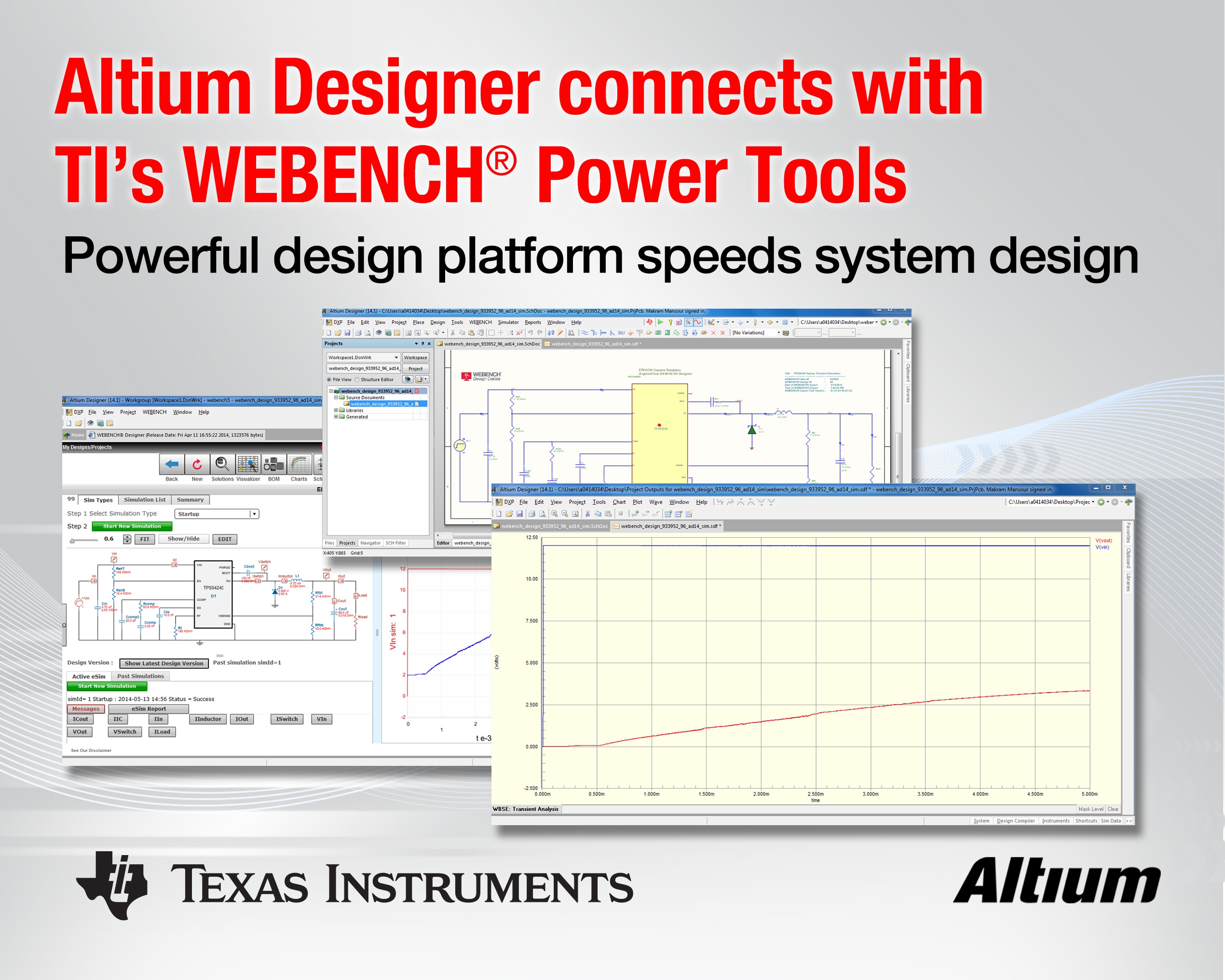 This powerful platform provides design engineers with the first end-to-end analog circuit design and simulation environment, including everything from creating the power supply and simulating the complete circuit to creating the printed circuit board (PCB) layout.

“By bringing TI’s WEBENCH Power Designer and Architect tools together with Altium’s native 3D PCB design tools, the engineer can now create and simulate a complete analog circuit design from within the Altium environment,” said Jeff Perry, WEBENCH design manager at Texas Instruments. “The combination of these tools allows the engineer to seamlessly incorporate optimized power supply designs into a larger circuit in a matter of minutes.”