News
At the Gate: Southern hospitality

As we settle into another long, dark, cold winter (sorry about that), many Canadians look south for relief and Canadian airlines and tour operators are only too happy to help. Sun destinations have been one of the most competitive markets in recent years and a key component for airline profitability, according to analyst Cameron Doerksen of the National Bank Financial Markets. 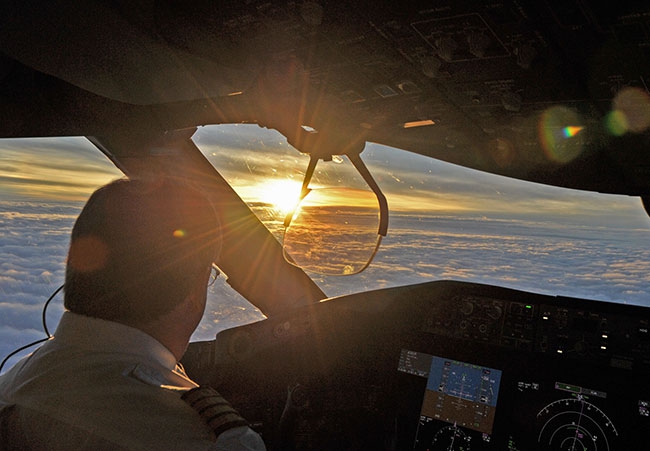 “Less than 15 per cent of Air Canada’s total capacity is deployed to sun destinations during the winter.” As we settle into another long

Total scheduled seat capacity from Canada by Air Canada, WestJet, Sunwing and Air Transat between Nov. 1 and April 30, is up 3.4 per cent from a year ago, which appears a little aggressive based on market conditions, Doerksen maintains. That 3.4 per cent incorporates scheduled capacity to Mexico, Caribbean, Central America, Florida and Hawaii.

The Mexican and Caribbean market (excluding Central America) will see a 4.1 per cent increase in seat capacity, driven by a 27.5 per cent increase from Air Canada. Capacity on direct flights to Florida and Hawaii will be down from last season, reflecting a weak Canadian dollar and continuing weakness in the Alberta oil patch.

“With market shares now more balanced between the big four tour operators and Air Canada’s aggressive growth set to slow, we believe industry capacity growth to the sun will potentially be more muted in winter 2017-2018,” Doerksen wrote in a report.

What does this all mean for the four carriers? Air Canada’s increase in seats to sun destinations (15 per cent overall and 29 per cent to Mexico, the Caribbean and Central America) appears aggressive. But less than 15 per cent of Air Canada’s total capacity is deployed on these markets during the winter and Doerksen believes management has the fleet flexibility to lower capacity growth if necessary.

The analyst is encouraged that Air Transat is taking “a rational approach” to capacity deployment of only a one per cent increase, according to airline management. But it is facing tough competition in its core Quebec and Ontario markets from Air Canada, which is boosting seats by 31 per cent in Quebec and 25 per cent in Ontario. This poses a challenge for Transat since 80 per cent of its winter revenue is generated by sun destinations.

WestJet is less dependent on sun destinations than most other tour operators, but it still allocates 20 per cent of its capacity to these markets during the winter. Its capacity deployment plans look disciplined to Doerksen, especially to the U.S. market and lower capacity growth should help WestJet return to positive revenue per available seat mile in the first quarter of 2017.

Although seat capacity last winter only increased by a combined one per cent to sun destinations, the sector was hurt by a weaker Canadian dollar and a decline in demand from Alberta. But while Air Canada, Transat and Sunwing are reducing capacity from Alberta, WestJet is adding 10.6 per cent more seats to Mexico and Caribbean from the province.

“In our view, the most important driver for profitability in these markets is industry capacity,” notes Doerksen. “Higher capacity typically leads to lower prices and, conversely, capacity restraint facilitates pricing increases.”

Judging from the numbers, Mexico and the Caribbean Islands are gaining capacity at the expense of Cuba. While Air Canada is adding seats to Cuba, the three other major tour operators are pulling back, resulting in a 6.6 per cent total drop from 1,093,117 to 1,020,722 seats. It is believed Cuba is becoming more expensive for Canadians who previously paid in Canadian dollars for hotels, which are now priced in U.S. dollars.

One region that is seeing new capacity from all tour operators is Central America. While Costa Rica has been growing in popularity for years, countries such as Nicaragua, El Salvador and Honduras are emerging as popular destinations, noted Doerksen.

“I think one of the reasons the area becoming popular is that a lot of Canadians are getting tired of going to the same places over and over again like Florida, Mexico or the Caribbean and want to try something different,” Doerksen said.


Related
Canada to Europe airline outlook
At The Gate: Spanning the globe
At The Gate: A sunny outlook
C, WestJet report boost in passenger demand