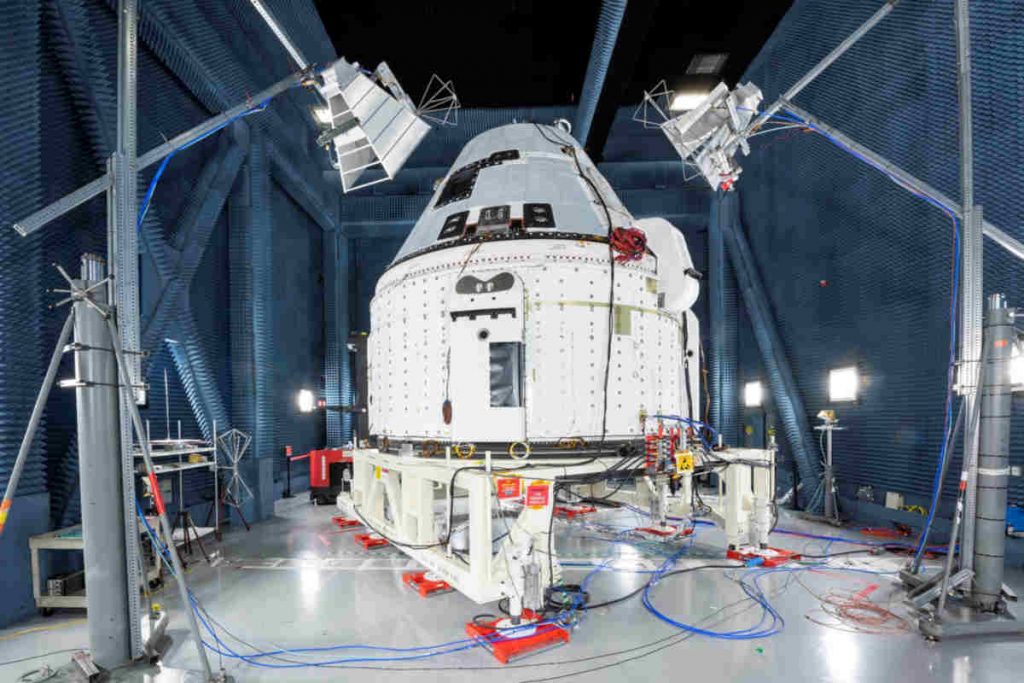 Boeing on November 4 cleared an important pad abort test within its Crew Space Transportation (CST) 100 Starliner program, which is now scheduled to perform its first unmanned capsule flight test to the International Space Station (ISS) on December 17, 2019. That mission, called Orbital Flight Test (OFT) by Boeing and launch partner NASA, will generate data for the U.S. space agency to certify Boeing’s crew transportation system for carrying astronauts to and from the space station.

SpaceX completed its first commercial capsule test flight to the ISS back in March 2019, as its Dragon capsule docked with the ISS for approximately one week and included vehicle-exterior inspections by Canadarm2. These SpaceX and Boeing initiatives are part of NASA’s Commercial Crew Program, industry partnerships designed for the United States to once again develop human spaceflight launch capabilities – lessening the country’s current, sole reliance on Russia’s Soyuz Spacecraft.

The Boeing/NASA pad abort test lasted for approximately two minutes to simulate a launch pad emergency. Only two of the three parachutes deployed during the capsule test, but Boeing states having two of three deploy successfully is acceptable for the test parameters and crew safety. The company does not expect the failure of the third parachute opening to impact its December 17 Orbital Flight Test, but of course the test data is being reviewed to determine how all of the systems performed, including the parachute deployment sequence.

The uncrewed Starliner spacecraft lifted off under its own power from a test stand at the U.S. Army’s White Sands Missile Range in New Mexico. Boeing explains the vehicle was able to demonstrate the proper performance of numerous integrated systems that would be needed to successfully propel the capsule away from its Atlas V launch vehicle at any point during the ascent.

“The test team and spacecraft performed flawlessly,” said John Mulholland, Starliner Program Manager. “Emergency scenario testing is very complex, and today our team validated that the spacecraft will keep our crew safe in the unlikely event of an abort.” 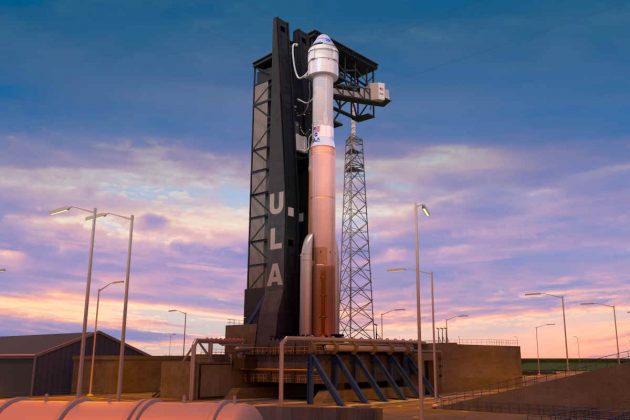 At T-0 in the countdown, Starliner fired its four launch abort engines (LAEs) and several orbital maneuvering and attitude control (OMAC) thrusters. With 190,000 pounds of thrust, the spacecraft quickly pushed up and away from the test stand, highlighting how fast the system can whisk crews away from danger if necessary. The vehicle flew nearly a mile in just under 20 seconds before deploying its forward heat shield and parachutes.

Nearly 34 seconds into the test, explains Boeing, the service and crew modules separated. As the crew module descended slowly to a safe landing under the parachutes, the service module continued to free fall as planned.

Just over a minute into the test, Boeing explains the vehicle’s base heat shield separated, allowing the Starliner spacecraft’s air bags to deploy and inflate in preparation for landing. The crew module touched down 95 seconds after the abort engines fired. It was then recovered for evaluation and analysis.

“We’ve tested all these systems individually, so we know the propulsion system fires at the intended levels, and we know the parachutes can support the vehicle and safely slow it down, but the real test is making sure those systems can perform together. That’s when you know these systems are ready to fly people,” said Alicia Evans, Boeing’s Pad Abort Test Flight Director.

Boeing states the Starliner is designed to be the first American-made orbital crew capsule to land on land, which will help make the crew modules reusable up to 10 times.