News
Bombardier breaks down the numbers

Bombardier Business Aircraft (BBA) has released an updated version of its 10-year forcast for BizJets and the numbers – though trending down from last year – still show a solid push for North American operators. 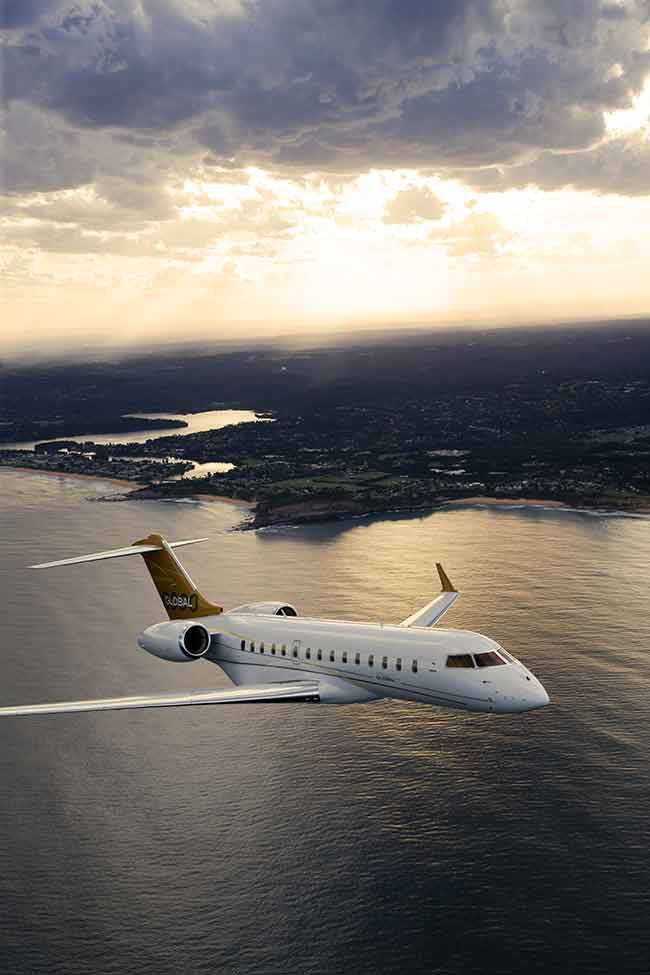 Bombardier delivered 31 business aircraft in the first quarter of 2016 valued at US$1.303 billion. Bombardier Business Aircraft (BBA) has released an updated version of its 10-year forcast

The latest forecast indicates that nearly half the aircraft, or 3,930 units, will go to North American operators, while another 1,530, the second-largest concentration, will be based in Europe.

The other world regions and their predicted business jet deliveries include: Latin America (790); China (700); Russia and the Commonwealth of Independent States (400); Middle East (350); Southern Asia (200); Asia-Pacific (200) and Africa (200). Helping fuel these acquisitions will be a strong global gross domestic product which Bombardier believes will grow by three per cent by 2017.

The aircraft manufacturer notes industry growth is expected in the long term, with larger aircraft continuing to dominate the market. And despite the decline from the previous year’s predictions, Bombardier said the 8,300 figure underscores the fact that “the popularity of private aviation continues to increase every year.”

“There’s a pretty bright future still for our industry,” said Thomas Fissellier, manager, market intelligence and analysis at BBA, in presenting the forecast. Of the total units predicted, 2,400 will be large jets worth US$130 billion, 2,800 will be medium and 3,100 will be light jets, valued at US$84 billion and US$36 billion, respectively. All of these figures are below the corresponding numbers in the 2015-2024 forecast. The company said a quarter of the new aircraft will replace models now in service, while large fleet operators are predicted to account for 20 to 30 per cent of the total, up from the current 15 per cent.

For its part, Bombardier delivered 31 business aircraft in the first quarter of 2016 valued at US$1.303 billion, a 31 per cent drop from the 45 BizJets it delivered in the same period a year ago, worth $1.535 billion. The company is predicted to deliver 150 BizJets this year, worth $5.415 billion. Of that total, Learjet will account for 24 aircraft, 76 Challengers and 50 Globals. Last year, Bombardier delivered 199 BizJets.

While total deliveries were down in the first quarter, it was a better delivery mix, according to National Bank Financial analyst Cameron Doerksen. “The light jet segment remains challenging, but demand for mid-size and even large-sized Globals was solid in the quarter,” he noted.

Bombardier has reduced its BizJet production by 25 per cent this year, so if demand for new jets remains strong, it should have a positive impact on pricing and margins, Doerksen added.

Since taking over as Bombardier’s CEO in February 2015, Alain Bellemare wasted no time in shaking up the company which was burning through cash due to cost overruns related to the C Series. On the business jet side, he cancelled the Learjet 85, cut production of large-cabin Global 5000/6000s, slowed – and amidst further challenges, temporarily suspended – development of the ultra-large-cabin Global 7000 and 8000 and revamped the sales organization. Those changes have started to pay off, according to Brad Nolen, director of product planning and market development at Bombardier.

“We’ve re-set our production rate in line with demand,” he said. “And the depreciation of our aircraft are holding their own better than the competition.” Bellemare doubts the Learjet 85 will ever be revived due to weak sales globally in the light business jet market. Most of the company’s focus is on medium and large aircraft and it is on target to meet its forecast of 150 deliveries for all of 2016.

The Global 7000/8000 is on track to begin operations in the second quarter of 2018 with a cruising speed of mach 0.900 and the ability to move in and out of shorter airfields such as London City Airport, noted Nolen. One of the biggest orders announced this year was the purchase of 20 Challenger 350 jets by Flexjet, valued at approximately US$534 million.

“In the last two or three years, there have been a lot of fractional and charter providers looking for new aircraft and we’ve gone out and secured a large part of that market,” said Nolen.

To maintain its leadership position in the BizJet market, Bombardier continues to introduce new products. A good example is the launch of its WAVE high-speed Wi-Fi in-flight internet service for the Global 5000 and 6000 aircraft. It allows passengers to browse the internet, stream online media and conduct video conferences as seamlessly as they would at home or at the office.

Another initiative is the introduction of a pocket door on the Learjet 75 that separates the cabin and cockpit for privacy and reduces the noise levels inside the cabin by eight decibels.

London calling
To keep pace with the growing demand for its business aircraft, BBA plans to establish a new, wholly owned service centre in the London area. The Bombardier Service Centre will offer complete tip-to-tail heavy maintenance capabilities, and will complement the Bombardier Business Aircraft Service and Support Network in the U.K.

Located at London Biggin Hill Airport, the London Service Centre will feature 32,991 square feet of hangar space. Set to be fully operational by the fourth quarter of this year, the service centre will be fully equipped to perform scheduled and unscheduled maintenance, as well as modifications, avionics installations and aircraft on ground support for Bombardier Learjet, Challenger and Global aircraft. The facility will also bolster BBA’s European parts presence.

The London Service Centre will join a network of five other wholly-owned BBA service centres in the U.S. and one each in Amsterdam and Singapore. The company also operates a joint-venture facility in Germany and another one near Beijing should be fully operational early next year. In addition, Bombardier has access to a broad network of nearly 50 Authorized Service Facilities around the world.

Bombardier delivered 31 business aircraft in the first quarter of 2016 valued at US$1.303 billion.

A smart initiative
Still on the subject of BizJets, the company marks the 30th anniversary of Smart Parts this year. Launched in 1986, the pioneering Smart Parts program was the first airframe systems cost-per-flight-hour cost protection plan for customers in business aviation and supports more than 1,400 aircraft worldwide.

“It provides a known budget for the operations department and eliminates the unknowns which help in budget planning,” Hebert said. “Basically it provides a better overall customer experience.”

While the program covers all Bombardier business aircraft, the majority of customers tend to be the larger aircraft operators, he added. Currently, the Preferred program is only available on new aircraft, but will eventually be offered to in-service aircraft.

“Bombardier will continue to improve its Smart Parts Preferred program based on customer feedback and we’ll raise the bar even further and provide better overall coverage,” Hebert said. “All OEMs have their own programs, but we feel ours is the most comprehensive and leads in the cost per flight hours. But the entire industry benefits from these programs since manufacturers are very focused on the cost of operations.”

With the continued success of its business jets, coupled with renewed optimism for the C Series thanks to two large orders from Air Canada and Delta Airlines, it appears Bombardier can finally breathe a little easier.