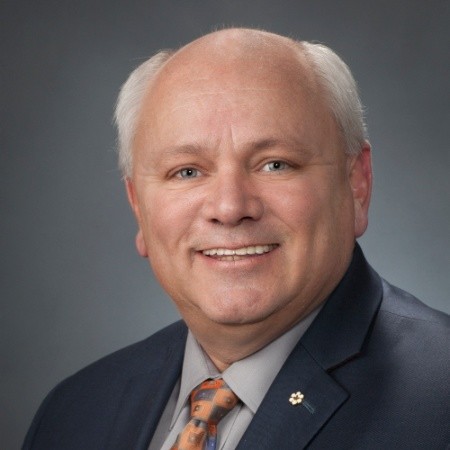 Charles Bouchard, set to retire at the end of April 2019, developed a distinguished 37-year career with the RCAF, before leading Lockheed Martin Canada for nearly six years. (Photo: LinkedIn)

Bouchard, who was the first person to hold the role of chief executive of Lockheed Martin Canada, served in the role for nearly six years, following a 37-year career in the Royal Canadian Air Force, retiring with the rank of Lieutenant-General.

“I have thoroughly enjoyed serving Lockheed Martin Canada and Lockheed Martin Corporation and while the time has come for me to retire, I will remain an ardent supporter and advocate of the work Lockheed Martin does to deliver the best equipment to today’s modern warfighter, the F-35 being a primary example,” said Bouchard

Present in the country for nearly 80 years, Lockheed Martin Canada today is fully integrated within the parent company’s four core business areas: Rotary & Mission Systems, Aeronautics, Space, and Missiles and Fire Controls. The operation has more than 1,000 employees throughout locations in Ottawa, Montreal, Halifax, Calgary and Victoria, in addition to staff situated within customer locations across the country.

According to Lockheed Martin Canada’s Website, across all programs, the program manages over 1,400 contracts and, since 2008, Lockheed Martin’s business operations, investments in R&D and contracts in Canada have generated $3.8 million in GDP, led to 36,521 full time jobs in Canada, provided 170 co-op student opportunities, generated $2.5 billion in wages and exported more than $2 billion in products and services.