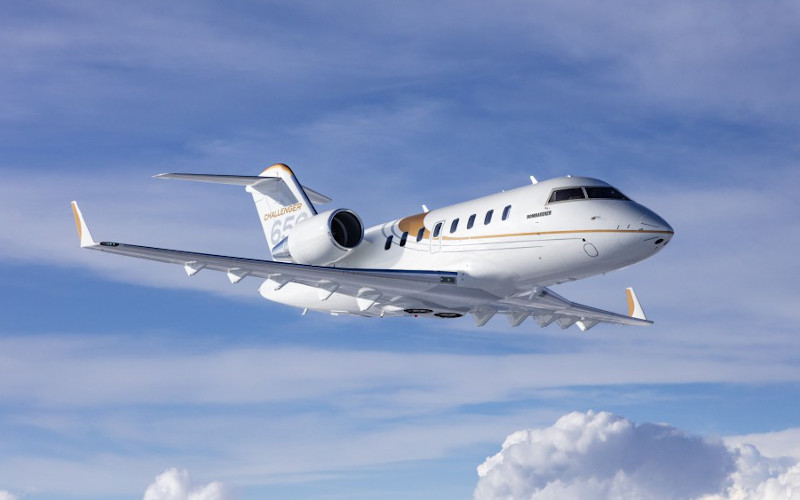 The four aircraft of the Canadian Armed Forces’ Challenger fleet are maintained by Transport Canada technicians and operated by the Royal Canadian Air Force out of Ottawa International Airport. (Photo: DND)

The Government of Canada on June 6 announced it is replacing two Challenger 601 utility aircraft with two Challenger 650s for the Canadian Armed Forces. The value of the contract for the two Bombardier aircraft, including initial training and spare parts, is approximately $105 million (before taxes).

The Department of National Defence states it has been working on this fleet consolidation since 2018 and that the contract was completed last week with the two aircraft already been paid for within Canada’s Strong, Secured, Engaged defence program. Delivery of the two new Bombardier Challengers is expected during the summer of 2020 with an initial operational capability targeted for fall 2020.

In its statement about the purchase, Canada’s Department of National Defence (DND) noted the retiring aircraft, which entered service in the 1980s, fall short of operational requirements and are nearly obsolete due to new rules in the United States and Europe that will restrict their ability to fly internationally before the end of this year.

The Canadian Armed Forces’ (CAF) existing Challenger fleet consists of four aircraft, including the two airplanes to be retired and two purchased in the early 2000s. DND notes about 80 per cent of annual flying hours for the CAF’s Challenger fleet are used in support of Utility Flight Services, which contribute to CAF operations, training and liaison functions. The Challenger fleet is maintained by Transport Canada technicians and operated by the Royal Canadian Air Force out of the Ottawa International Airport.

This CAF fleet performs a range of roles like reconnaissance and liaison missions with international partners, urgent deployments, including movement of the country’s Disaster Assistance Response Team, and for transporting senior government officials from all parties due to security and safety considerations.

DND notes, that without this aircraft replacement, the Royal Canadian Air Force’s operational effectiveness for missions would be limited. The aircraft are also used for the medical evacuation of military personnel serving overseas and the safe transport of CAF medical personnel and specialized equipment in the critical first few hours and days of someone being wounded.

The aircraft are also used for the safe extraction and repatriation of personnel and citizens, explains DND, while also providing an ability to transport specialized teams from Canada to operational theatres around the world. For example, earlier this month, a Challenger quickly brought Royal Canadian Navy search experts to Naples, Italy, to support the search for the Cyclone helicopter lost in the Ionian Sea.

Domestically, this fleet is also being used as part of the Government of Canada’s effort to support Northern, Indigenous and remote communities during COVID-19. In May 2020, it helped with the delivery of COVID-19 testing supplies to Nunavut. The aircraft have been at the ready to help our provincial and territorial partners with medical evacuations, explains DND, if required.