"During this final complex manoeuvring turn to close with the ship, the aircraft did not respond as the crew would have anticipated." 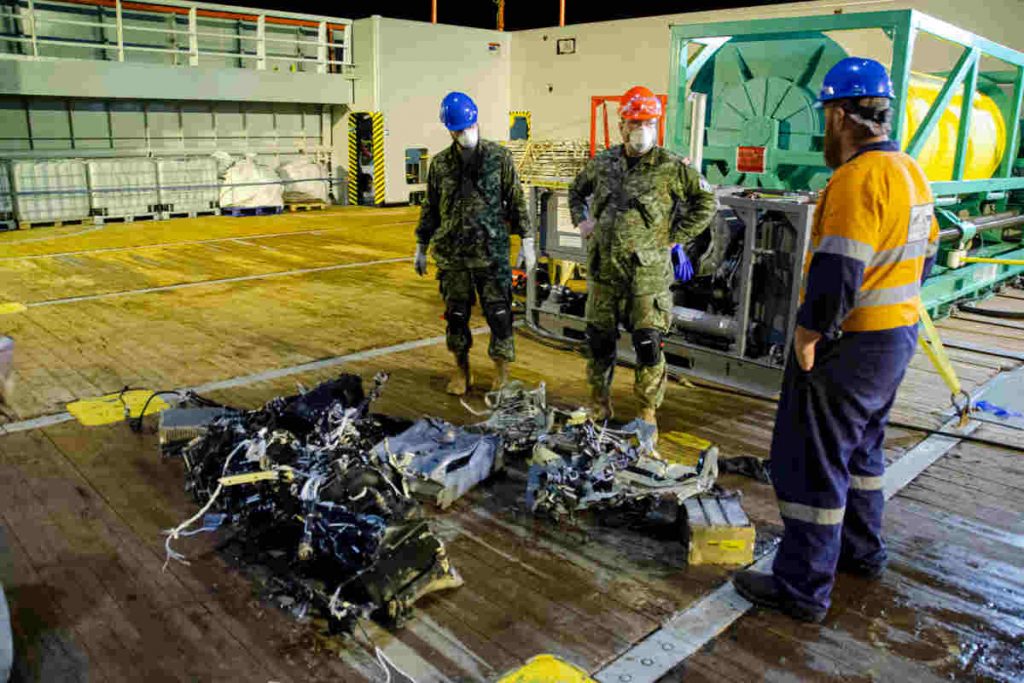 The Department of National Defence’s Airworthiness Investigative Authority on June 8 issued an From the Investigator report about the Royal Canadian Air Force CH-148 Cyclone helicopter that crashed into the Ionian Sea on April 29, 2020. Operating as Stalker 22, the helicopter was deployed on the Royal Canadian Navy frigate HMCS Fredericton under Operation REASSURANCE when it crashed off the coast of Greece, killing all six military members on board.

The Cyclone went down in sight of crew members onboard HMCS Fredericton, as they waited to receive the helicopter. Stalker 22 was returning from a routine surface reconnaissance mission that was being followed by additional flight deck training for aircrew proficiency prior to landing.

On June 3, a joint Canadian Armed Forces-United States Navy (CAF, USN) search-and-recovery mission completed their recovery operation of Stalker 22 after eight days above the crash site, which included a 260 by 230-metre debris field at a depth of 3,143 metres. The goal of the CAF-USN mission was to retrieve the remains of four still missing military members and helicopter parts, particularly avionics components, that could help determine the cause of the April 29 accident. Both the cockpit voice recorder and flight data recorder from the CH-148 were recovered before the joint CAF-USN mission began.

The Department of National Defence describes the From the Investigator (FTI) report as a brief summary of the circumstances and factual information known at this time. It does not provide full details surrounding the accident, which is still under investigation.

Based on the FTI, the investigation has currently determined that the helicopter had flown by the port side of the HMCS Fredericton, from stern to bow, before making a left hand turn to establish a downwind leg in preparation for approach to the ship. The FTI states the aircraft then commenced a final left turn to set-up for the approach.

During this final complex manoeuvring turn to close with the ship, according to the FTI, the aircraft did not respond as the crew would have anticipated. The FTI continues to state this event occurred at a low altitude, was unrecoverable, and the aircraft entered a high-energy descent and impacted the water astern of the ship.

DND notes the investigation is ongoing and will continue to focus on both aircraft systems and human factors. “While the From the Investigator report identifies areas of focus for the remainder of our flight safety investigation, there is still a tremendous amount of work to do to understand the exact circumstances that contributed to the accident,” said Colonel John Alexander, Director of Flight Safety and Department of National Defence’s Airworthiness Investigative Authority.

DND explains human factors examine all the human elements within an incident or accident, such as training, aircraft design, how it is flown, and interactions of crews with each other, with the aircraft, and with external elements. Aircraft systems factors, explains DND, examine any relevant aspects of aircraft systems including, for example, mechanical, electronic, flight control and navigation systems. It is common to focus on both of these areas during an investigation.

“As we continue to mourn the loss of our RCAF and RCN members, our hearts are with the families of Stalker 22. I am grateful for the work of everyone involved in the search and recovery efforts,” said Lieutenant General Al Meinzinger, Commander Royal Canadian Air Force. “We remain committed to supporting the families of our fallen, as well as those serving friends and colleagues who have been affected by this accident.”

The CH-148 Cyclone was put on an operational pause immediately following the incident while the RCAF investigates the cause of the accident.