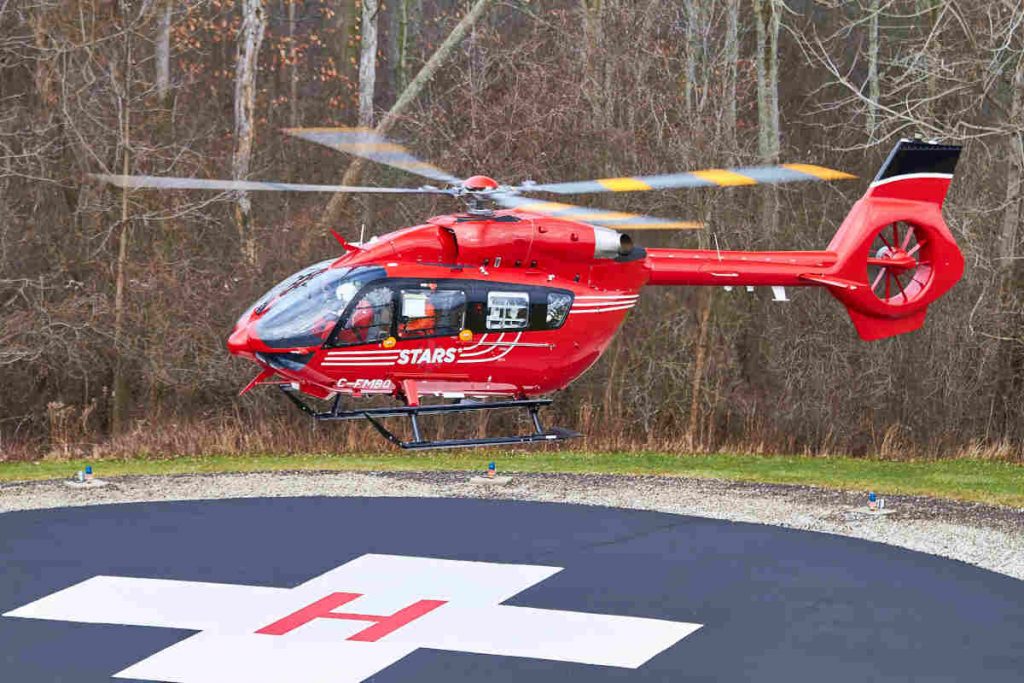 After a busy year and with ongoing efforts to update its helicopter fleet, the Shock Trauma Air Rescue Service (STARS) has received continuing support from Wheatland County.

During the Jan. 12 Wheatland County council regular meeting, a presentation about the organization’s operations in 2020 was provided by Glenda Farden, STARS major gift manager.

STARS has been busy, as 2020 had the highest number of calls over the last five years. The organization responded to 135 calls between 2016 and 2020, including 60 inter-facility transfers from the Strathmore Hospital, and 28 scene calls near Strathmore. The May long weekend is the busiest weekend of the year, but most missions occur between September and March.

Operations have been directly affected by the pandemic, with about 13 per cent of missions being suspected or confirmed COVID-19 cases, said Farden. The organization has also seen a rise in stress-related types of missions, including heart attacks, strokes and drug overdoses.

The pandemic has also affected the organization’s balance sheets. STARS is experiencing a significant decrease in funding across all areas, including government, said Farden.

The organization’s 10-year affiliation agreement with Alberta Health Services has expired. The organization received $9.1 million in government support from AHS in 2019 and funding has been extended until September 2021 while the province reviews health funding.

Fundraising has also taken a hit. The 2020 stars lottery did not sell out and resulted in $1.2 million in lost revenue. The calendar campaign is also down by more than half.

“With COVID-19 still looming around us, most of STARS fundraising events have been cancelled for the foreseeable future,” said Farden, who added registration revenue is down because of less certainty in the energy sector.

There are some promising signs, however. The 2021 STARS lottery is now underway, and in its first week, outperformed predictions. The organization has also seen a rise in individual contributions.

“We are humbled that Albertans are continuing to stand by our side,” said Farden.

To deal with funding reductions, the organization has reduced administration costs by downsizing the number of staff members across all its bases.

STARS is currently upgrading its helicopter fleet to the Airbus H145, which provides safety upgrades, improved avionics, better maneuverability, and increased speed and range. The organization is planning for nine new helicopters, costing about $13 million each. The total cost of the fleet renewal campaign is $135 million, of which about $14 million remains to be secured.

Three H145s are now operational, with one each flying from both Calgary and Saskatoon, and the third serving as backup. Two more have recently been delivered. The sixth and seventh will feature a five-bladed system, increasing lift and load capacity.

Wheatland County made a three-year commitment in 2018 for funding STARS by $2 per capita. The funding for 2021 equals $17,576. Following the presentation, council voted in favour of a standing motion to continue this support rate within the annual budget, as a long-term pledge with no time commitment.

“Wheatland County is grateful for the critical emergency care and transport that STARS provides in Wheatland County,” said Reeve Amber Link. “This service is particularly vital in rural areas.”

Link said she and her family know firsthand the difference STARS makes. “Seventeen years ago, when our youngest son was an infant, we were relieved when STARS, with a specialized neonatal team, was there for our critically ill baby,” she said. “I would encourage residents who can, to consider STARS in their donation plans. Now more than ever financial support is needed.”

Sean Feagan’s reporting is supported by the Local Journalism Initiative