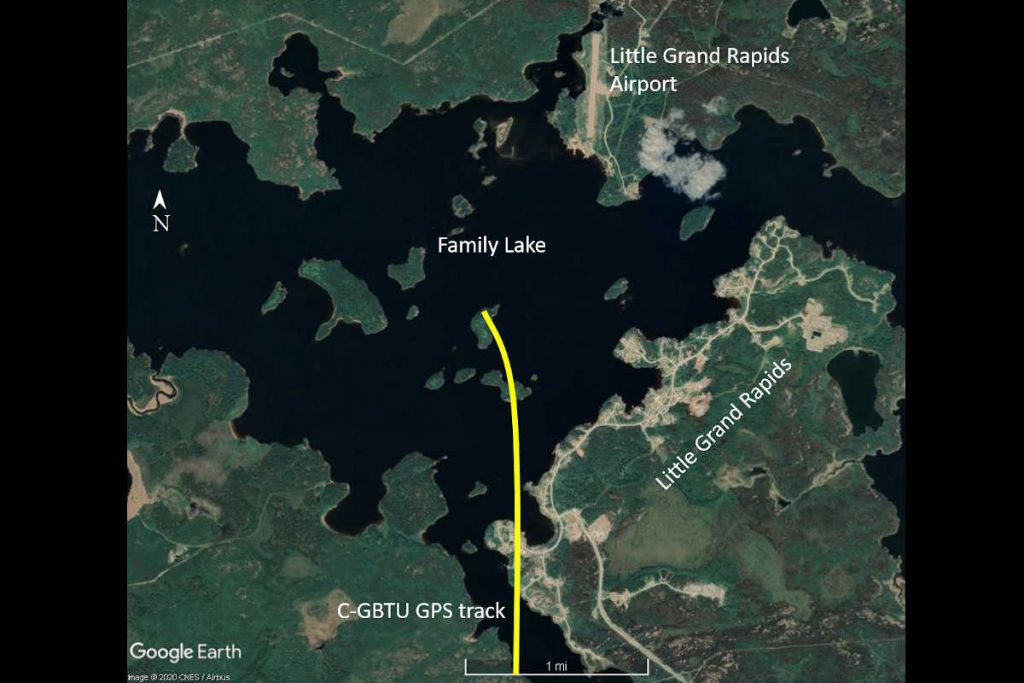 The Transportation Safety Board of Canada on January 6 released its investigation report (A19C0138) into the 2019 in-flight breakup of a floatplane near Little Grand Rapids, Manitoba. The fatal accident involved a fatigue fracture in the right-hand wing lift strut assembly.

The Transportation Safety Board (TSB) explains, that on October 26, 2019, a 1957 float-equipped de Havilland DHC-3 Otter aircraft, operated by Blue Water Aviation, departed Bissett Water Aerodrome, Manitoba, on a flight to Little Grand Rapids carrying a pilot, two passengers and approximately 800 pounds of freight on board.

While on approach to land on Family Lake, TSB explains the aircraft’s right-hand wing separated from the fuselage, which caused the aircraft to enter a nose-down attitude and strike the water surface. The pilot and two passengers were fatally injured and the aircraft was destroyed on impact.

TSB’s investigation found that a fatigue fracture had developed in one of the two upper right-hand wing lift strut attachment fittings. This fatigue fracture eventually led to an overstress failure of the other fitting during the left turn prior to the final approach, explains TSB, followed by the separation of the right-wing strut from the wing.

TSB determined that the detailed visual inspections prescribed by existing maintenance manuals, and required by an Airworthiness Directive, did not identify cracks that could form in the wing lift strut attachment fittings.