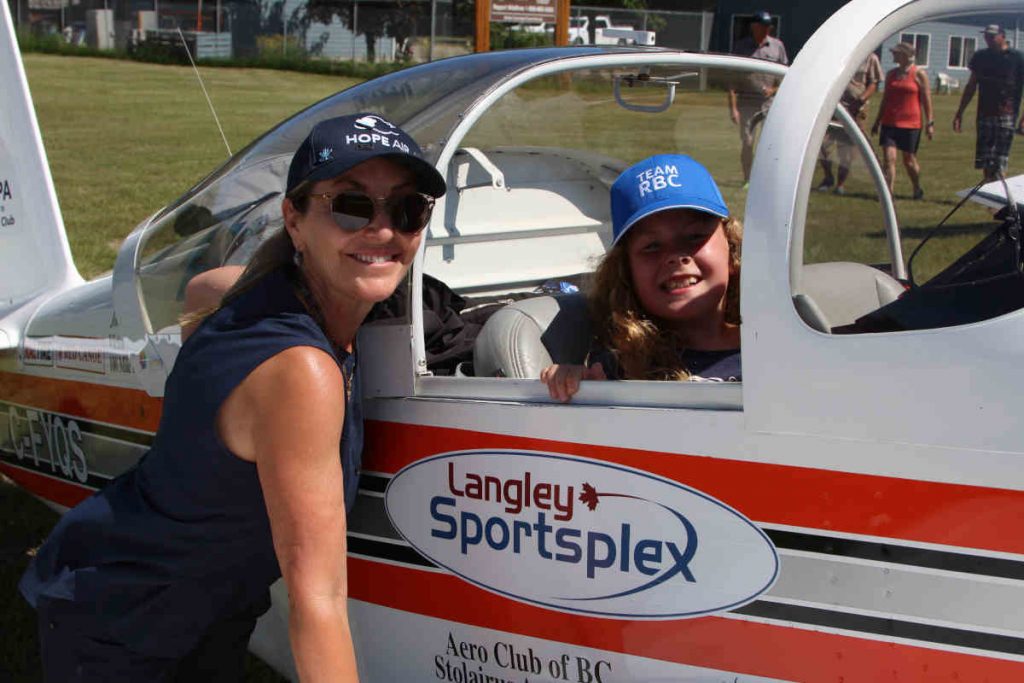 Pilot Lise Ash shares her passion for aviation and Hope Air at an expedition community event in Quesnel, British Columbia.

Marine stratus clouds loomed low along the coastal mountains of Pitt Meadows Airport, situated just north of the Fraser River in the lower mainland of British Columbia, as a Pipistrel Virus, Piper Cherokee and RV6 prepared for departure on June 15, 2019. Over the next three weeks a rotating crew of nine pilots will join the Give Hope Wings Northwest Expedition, travelling from BC, through the Canadian Territories, and circumnavigating Alaska in support of Hope Air.

Hope Air is Canada’s only national charity providing Canadians in financial need with free travel to medical care far from home. In 2018, the charity provided 10,346 flights to Canadians in need, 35 per cent of which said they would have cancelled or postponed their medical appointments would it not have been for Hope Air’s support. 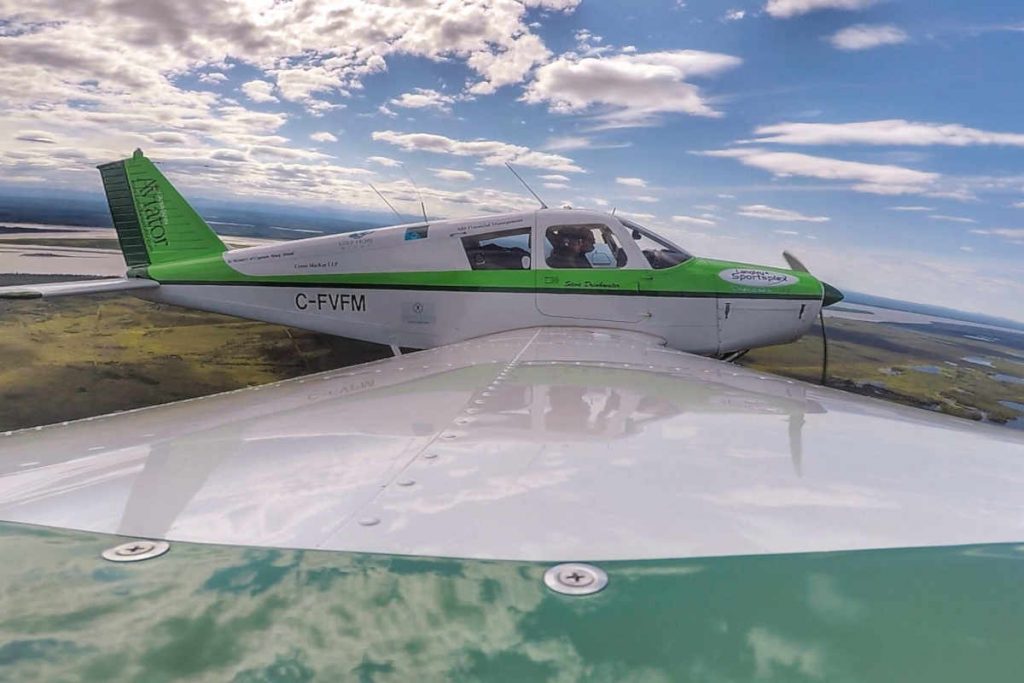 A Piper Cherokee 140 shortly after departure from Pitt Meadows, piloted by Steve Drinkwater. 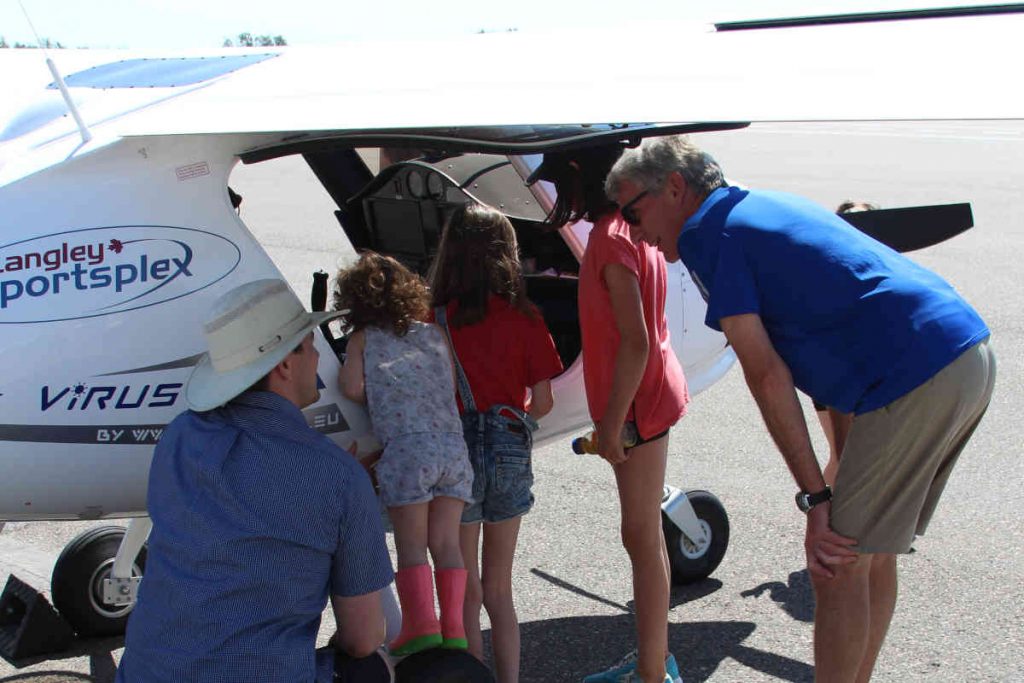 Ian Porter describes his aircraft at a community event in Fort St. John, the largest city in Northeastern BC. 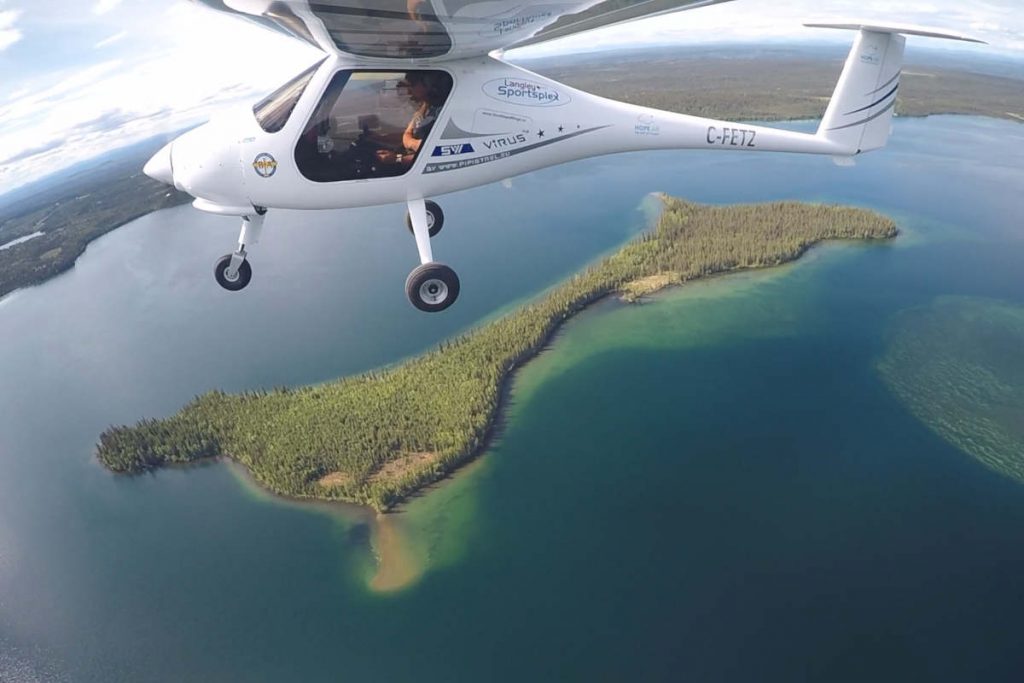 Pilot Ian Porter takes off from Watson Lake, situated in the rolling hills of southeast Yukon, in the Pipistrel Virus.

The Northwest Expedition was the brainchild of chief pilots Dave McElroy and Lise Ash. Last year, the Give Hope Wings South American Expedition took nine weeks and raised half a million dollars. This year, the team set a fundraising goal of $250,000 which was met the evening of departure.

Joining the first leg, from Pitt Meadows to Fairbanks, is Dave McElroy in his RV6 flown by Lise Ash; Ian Porter, owner of the Pipistrel Virus, joined by pilot Anna Rusinowski, winner of the Give Hope Wings Women Who Fly Award; and Steve Drinkwater in his Piper Cherokee 140, accompanied by volunteer flight crew member Alexis Thind. The three-ship formation flight stopped in Quesnel, Prince George and Fort St. John where members of the community shared their stories of how Hope Air helped them in their greatest time of need.

With the expeditions fundraising goal met, the crew has decided to increase the goal to $300,000. The team will continue to advocate for this incredible charity, spreading the word through their passion for aviation and comradery. Some highlights from the first week include Nahanni National Park, crossing the 60th parallel into the arctic circle, and spotting Beluga whales in Shallow Bay connected to the Mackenzie Delta. Flying over this vast and remote landscape was a humbling and awe-inspiring moment for all involved and we look forward to seeing more as the journey progresses.

Thank you to everyone who has supported the cause. It would not have been possible without you. Keep your eyes out for a full-length article in the next print issue of WINGS magazine where you will read more about the organization and the expedition itself.