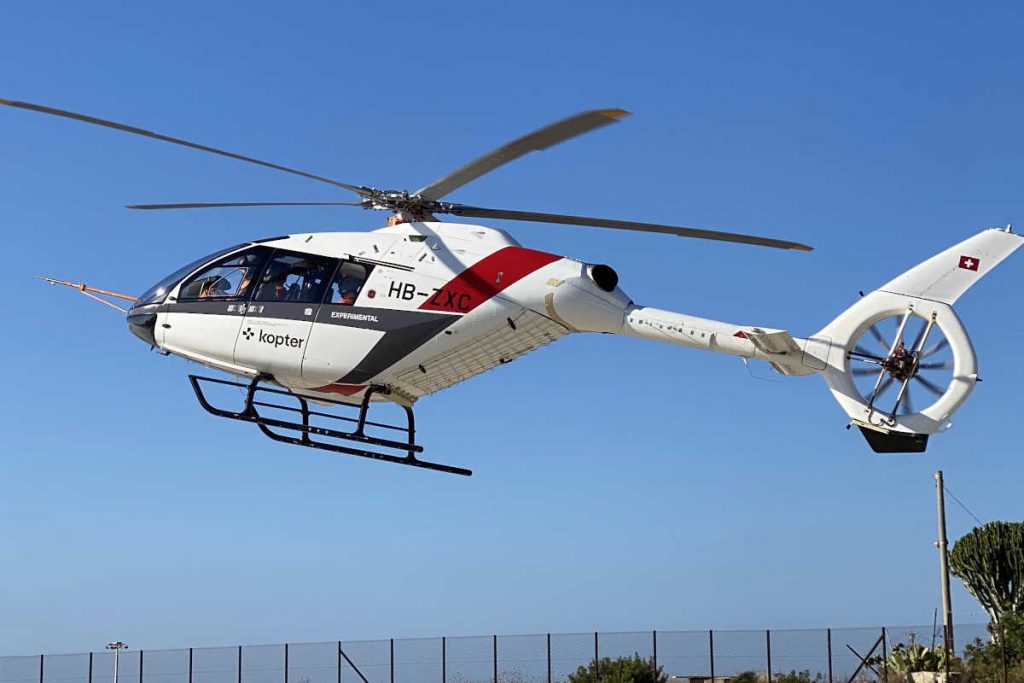 Kopter Group, which was purchased by Leonardo Company in April 2020, completed testing of its third SH09 prototype (P3) in Pozzallo, Italy, returning the helicopter to its main base in Mollis, Switzerland, for more development. Kopter launched its new single-engine SH09 helicopter program in 2017, which achieved first flight on November 22, 2018.

Kopter in June resumed testing activities with the SH09-P3 in Pozzallo, in the province of Sicily, completing 40 more flights before returning the aircraft to its Swiss headquarters. Kopter explains the flights allowed it to test multiple aerodynamic modifications and configurations; resulting in what the company calls a significant improvement in smoothness and stability based on P3’s current fitted configuration.

Recent upgrades to P3 include an engine cowling extension for improved aerodynamics, a variable asymmetric tail plane at the best available incidence, the removal of the end plates, and a larger upper vertical fin for improving stability.

“P3 returns to Mollis a very different aircraft,” said Richard Grant, chief test pilot, Kopter. “The changes that have been implemented this year have made a real improvement to the handling of the aircraft. Now, we are able to further expand the envelope and start to realize the aircraft’s true potential”

Kopter states its most recent block of flight tests has been the most productive in terms of the number of modifications assessed and the general improvements realized; as early analysis and observations confirm the validity of the new design concepts.

The company explains, with P3 back at its facility in Mollis, new SH09 upgrades will now involve strong support for both engineering and operations teams. Test priorities are to explore the capabilities of the new tail rotor and the recent aerodynamic modifications throughout the low-speed envelope. Kopter then plans to proceed with the upgrade to Garmin avionics and then of the final main rotor head and flight controls.

In announcing its acquisition of Kopter in mid-2019, Leonardo described the single-engine SH09 as a perfect fit for its product range. The Italian aircraft maker had been planning an investment to internally develop a new single-engine helicopter.