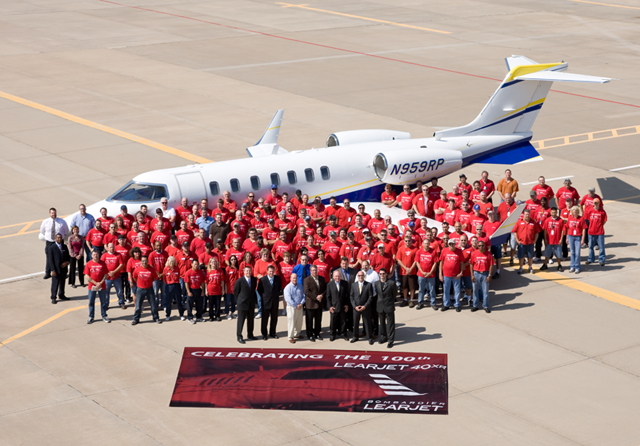 “The Learjet 40 XR jets are a great addition to The Company Jet fleet. This high-performance
aircraft offers our fractional jet owners greater range and faster travel times, increases our
client’s productivity and provide them with significant advantages over their competitors that still
fly in commercial airlines”, said Charles R. (Chuck) Cox, president, Northern Jet Management.
“We are thrilled that our valued strategic partner Bombardier Learjet delivered their milestone
aircraft, the 100th Learjet 40 XR aircraft, to Northern Jet Management. ”
Northern Jets’ association with Learjet dates back to the early 1960’s, when Northern Air, its
sister company, purchased a new Learjet aircraft.