When many think of a career in aviation, pilots and flight attendants come to mind, but there are thousands of jobs in the heart of the action at Canada’s airports. 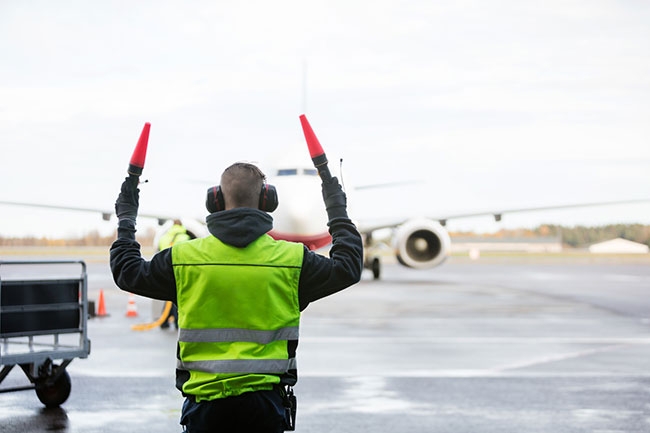 Many of these jobs were highlighted this past October during Canadian Aviation Safety Week. Thousands of workers at large and small airports across Canada were involved, promoting the latest in safety for passengers and workers at Canada’s airports. From management to airfield operations specialists and airline staff, 29 airports across the country participated.

While it was a reminder of the important role they play in aviation safety, it was also an opportunity to highlight careers in the field available at airports now and in the coming years.

Airfield operations make up about a third of the jobs at airport. They include roles such as apron operations officers, who facilitate the safe and expeditious movement of airport traffic on aprons, and airside operation specialists who operate heavy equipment to maintain the airfield, including keeping the runway clean and safe during the winter.

For Canadians entering the workforce, aviation has a lot of employment potential. Passenger traffic is up nearly 25 per cent in the past five years, outpacing economic growth and supporting infrastructure investments and jobs. Aéroports de Montréal created 570 jobs last year alone, in part due to projects to expand Montréal Trudeau’s international jetty and commercial areas.

Growth is coming as many skilled workers are preparing to retire. What is now the Canadian Council for Aviation and Aerospace, with support of the Canadian Airports Council, conducted a study in 2013 on airport occupations and found that 25 per cent of Canadian airports anticipate staffing shortages – particularly for smaller regional airports.

As a result, Canada’s airports compete for top candidates – and they regularly win top employer awards in their respective regions. YYC Calgary International Airport is a top example. It has some 24,000 workers on its land, including 250 staff with the airport authority itself. The airport has been named a top Alberta employer seven times.

Toronto Pearson, Halifax Stanfield and other airports have developed programs to empower their leaders and front-line staff to go out of their way to help passengers on a daily basis. This makes for happier air travellers and staff alike.

The 2013 occupations study found that most airport positions require a college or university degree, but the specialized nature of many positions means that airports do a lot of on-the job training. This also helps to keep employees motivated and at the top of their game.

This attention to ongoing support is part of the reason why airports are seen as attractive places to work – and employees tend to stay. For example, the Vancouver Airport Authority maintains an average of 35 hours of training per person each year.  On average, employees stay a decade.

The hard work and dedication of airport workers support a safety culture that is engrained in day-to-day life. Getting young Canadians aware, interested and prepared for a career at airports can be a challenge, though.

When Transport Canada ran most of Canada’s airports, the government provided centralized training in key occupations, with plenty of opportunity to learn at airports of different sizes throughout the country. This model changed after 1992, when major airports were transferred to local airport authorities.

Filling a gap, Georgian College, the British Columbia Institute of Technology (BCIT), and other schools have programs for entry-level, operational and management positions at airports. To support students interested in the aviation field, the federal government also recently gave CCAA $4.8 million to support some 1,000 student work placements for post-secondary students.

Getting Canadians interested in these programs and in the career opportunities at airports was top of mind during Canadian Airports Safety Week. Keeping the industry filled with talented and motivated workers is essential to the industry’s future.

Daniel-Robert Gooch is president of the Canadian Airports Council.