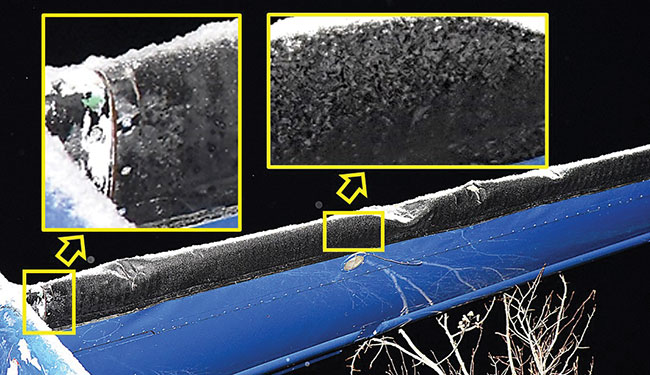 The lack of adequate deicing equipment and the normalized practice of taking off without deicing created the conditions. Photos: Royal Canadian Mounted Police, with TSB annotations

A years-long investigation into the cause of a fatal plane crash in northern Saskatchewan has determined the aircraft wasn’t properly deiced before takeoff.

The Transportation Safety Board (TSB) of Canada found that a West Wind Aviation flight bound for Stony Rapids from Fond du Lac airport was taking off when it lost control, reflecting “the known risks associated with taking off with ice contamination, ultimately (leading) to the aircraft colliding with terrain.”

The lack of adequate deicing equipment and the normalized practice of taking off without deicing created the conditions for the crash, the TSB said. Crew members were aware there was ice on critical surface areas when they took off, its report stated. “While we do recognize that this investigation took a little bit longer than our normal investigations, we looked at many, many factors which caused (it) to last this long,” said the TSB’s investigator in charge, Eric Vermette.

Derek Nice, CEO of Rise Air –  which West Wind rebranded as earlier this year –  claimed responsibility for the issues that led to the crash. “We are sorry for the harm caused to the passengers and crew on that flight, to their relatives and loved ones and their communities. And we are determined that something like this can never happen again,” he said.

None of the crew members involved are currently employed by the airline. Since the crash at Fond du Lac airport, the company now uses heated ice fluid tanks and a vehicle with a lift that allows access to every part of the plane, Nice said. Fond du Lac Denesuline First Nation Chief Kevin Mercredi wasn’t immediately available for comment.

In a 2018 update, the TSB made it clear that the flight was “contaminated” with ice before takeoff and that its de-icing equipment was insufficient.

Prior to the crash that evening, ice had already formed on the plane but the flight crew landed it without incident and turned on anti-icing and deicing systems, though some remained on the aircraft, the new report said. The flight crew wasn’t aware of the full extent of the ice, it said. 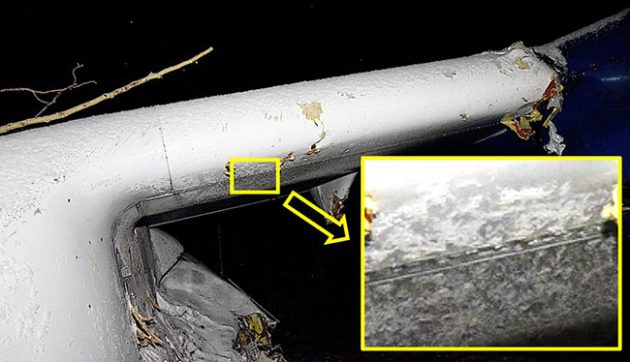 One crew member walked around the aircraft on a dimly lit apron at night without a flashlight and inspected the top of the left wing from the plane’s stairs, the report stated.

The resulting crash prompted the TSB to ask remote northern pilots how often they took off without adequate deicing. It learned they frequently flew with ice on “critical aircraft surfaces,” the report noted. Departing in that condition has become normalized as common practice, which influenced the flight crew’s decision to fly in 2017, according to Vermette. “This is not just a West Wind issue,” he added.

Fond du Lac’s airport has also been targeted for upgrades in the years since the crash. In 2018, the agency also gave two recommendations for Transport Canada. The first was to ensure adequate deicing and anti-icing equipment is available for operators. The second was “to take action to improve compliance with the regulations to reduce the likelihood that crews take off with snow or ice contamination.”

“Although Transport Canada has said it agrees with the recommendations, and some steps have been taken, more action is required,” TSB chair Kathy Fox said in a news release. The agency also expressed concerns over Transport Canada’s monitoring of the airline’s safety standards. Transport Canada reduced its surveillance of the company to a detailed inspection every four years, despite finding several concerns with West Wind’s safety management system in 2010 and 2013, the release said.

In 2016, the federal department found “systemic failures,” but chose “enhanced monitoring” instead of a notice of suspension, the release said. “If the application of Transport Canada’s surveillance policies and procedures is inconsistent, there is a risk that resulting oversight will not ensure that operators are able to effectively manage the safety of their operations,” it added.

However, the TSB also noted that the company has since improved its “internal risk assessments, and now provides additional training, guidance, and better de-icing equipment to its crews.”

Vermette insists the problem identified has to do with practices at northern and remote airports. While Transport Canada has “satisfactory intent,” action is needed, he said. “More needs to be done to reduce the risk of this type of accident happening again.”  | W