News
CRA’s new policy on personal use of bizjets

The Canada Revenue Agency (CRA) has had no clearly articulated policy pertaining to the assessment of taxable benefits for the personal use of corporate aircraft by an employee or shareholder since September 30, 2012, when it cancelled Interpretation Bulletin IT-160R3. This became especially problematic in 2015, when the CRA initiated a national audit project in this regard. 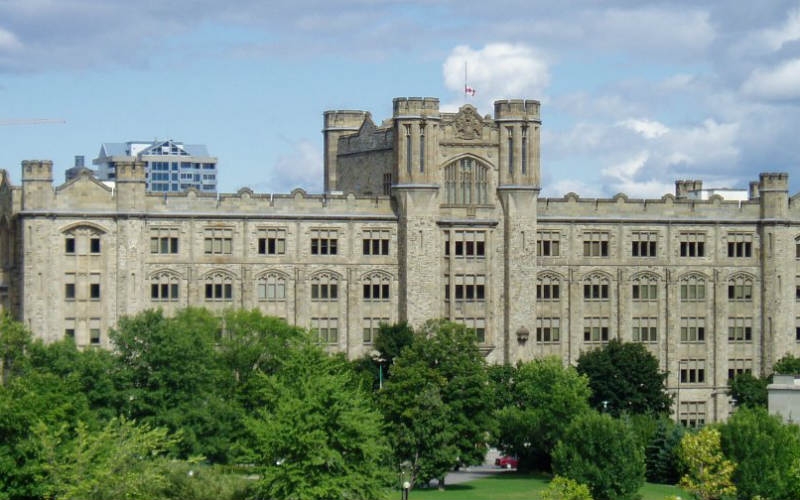 The Connaught Building in Ottawa

Fast forward to 2017, when the CRA attempted to come up with a new policy. Its unpublished early drafts prescribed a rather punitive set of consequences, causing concern in business aviation community.

Finally, on March 7, 2018, the CRA released the final version of its new internal policy. The new policy, while not as permissive as its former position, is still a vast improvement over the recent draft proposals, albeit with a few wrinkles for the unwary.

Consequences to the shareholder
The CRA has set out a distinct set of rules to be applied in three mutually exclusive scenarios, as follows:

Scenario 1: Passengers accompanying a shareholder or employee travelling for a business purpose

Where a shareholder or employee takes a flight and both the flight and their presence on the flight have a clear business purpose (i.e. the business purpose is not ancillary to a personal purpose such as a vacation) there will generally be no taxable benefit. However, if that person is accompanied by others (i.e. another shareholder or employee not covered by Scenario 3, family members and/or friends) traveling for personal reasons, a taxable benefit will be assessed equal to the highest priced ticket available (presumably, business class) for an equivalent commercial flight for each such person.

Scenario 2: A flight is taken by a shareholder or employee for personal purposes on an aircraft used primarily for business purposes in the calendar year

Provided that the aircraft is used “primarily” (generally, more than 50 per cent) for business purposes in the year, the taxable benefit to be assessed will be equal to the price of a charter of an equivalent aircraft for an equivalent flight (including any related dead head flights). However, in the case of an employee, where an open market charter is not a viable option under the particular circumstances (for example, due to demonstrable security concerns), Scenario 1 will instead apply.

Scenario 3: The shareholder or employee uses the aircraft primarily for personal purposes

Where the relative use of the aircraft by the shareholder or employee in the year, either alone or with non-arm’s length persons, is primarily (again, more than 50 per cent) for non-business purposes, the value of the taxable benefit will be equal to the personal use portion of the net annual operating costs (fixed plus variable costs, with an adjustment for charter usage) in the year, plus an imputed available-for-use amount. However, where the total business use in the year was only ancillary to an overall personal use, then 100 per cent of such amount (rather than simply the personal use portion) will be treated as a taxable benefit.

Clearly, this scenario could result in high taxable benefits being assessed. Predictability will also be an issue because the determination of whether Scenario 2 or 3 applies may often be made only in hindsight after the end of the year.

Consequences to the corporation
Where the taxable benefit is incurred on account of being an employee, the operating and capital costs of the aircraft will generally be deductible to the employer, provided that such amounts relate to an income-earning purpose and are reasonable. However, where the benefit is instead conferred by virtue of being a shareholder, the personal use portion of such expenses will not be deductible by the corporation.

Additionally, in the case of an employee, appropriate deductions at the source will have to be made.  However, this may be difficult to apply in practice due to the predictability issue noted above.

In terms of recommended courses of action, first, it is important to review your aircraft usage practices and operating structures with your advisors to take any necessary remedial measures to ensure compliance with the new policy.

Second, statistics as to business vs. personal uses should be tracked continuously throughout the year to avoid inadvertently slipping from Scenario 2 into Scenario 3.

Finally, documents supporting business uses of the aircraft should be prepared on a regular basis in case of later audit.

About the author: Steven Sitcoff is a tax lawyer with Spiegel Sohmer of Montreal. He can be reached at SSitcoff@spiegelsohmer.com