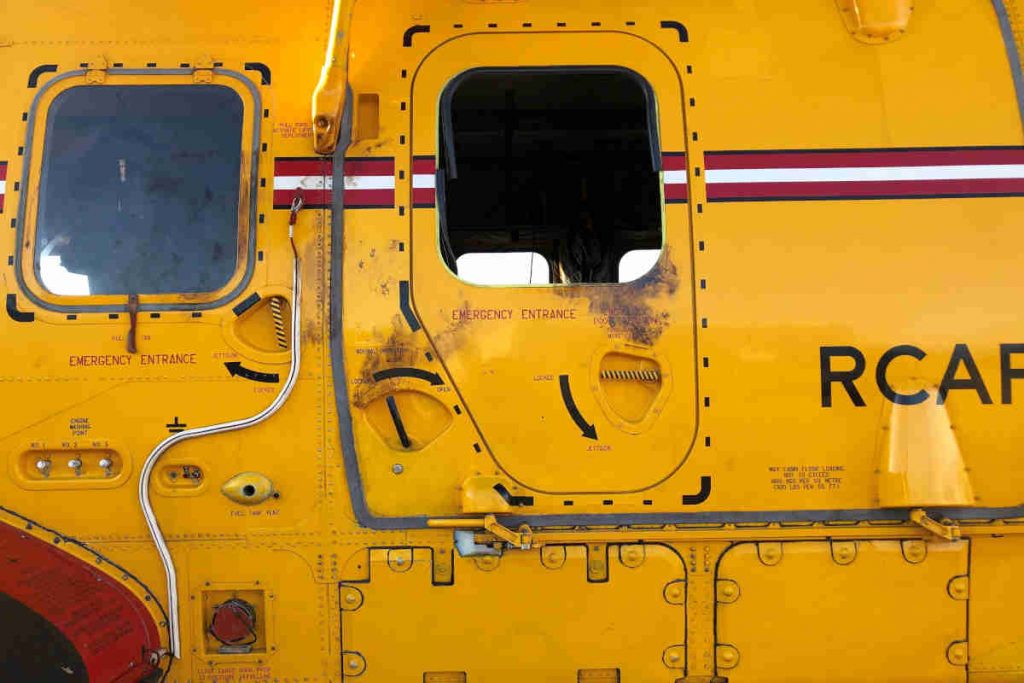 The RCAF Cormorant crew posted some pictures of the damage caused by the polar bear, as well as some muddy paw prints. (Photo: RCAF/Twitter)

A polar bear damaged one of the Royal Canadian Air Force’s CH-149 Cormorant helicopters used for search and rescue operations, as it was parked at the airfield in Saglek, Newfoundland and Labrador. The aircraft is operated by 413 Squadron, based in Greenwood, Nova Scotia.

Any Tie Goes to the Bear, Fred Jones on Cockpit Discipline

The helicopter crew had landed at Saglek because poor weather prevented the team from continuing onto their destination as part of a two-week training exercise. Lt.-Col. Brent Vaino, Squardon Commander of 413, explained to the CBC that the Saglek airfield is bordered by two bodies of water on both sides, which polar bears often transverse. Vaino explained to the CBC that the helicopter crew was heading toward a helipad at an automated NORAD radar station near the remote community, before poor weather created the need for a detour to an airstrip closer to sea level.

The RCAF sent out a series of tweets about the incident, explaining that sometime overnight a curious polar bear came by to investigate the helicopter. It caused superficial damage as it pushed on a side door, explains the RCAF, popped out an emergency exit window and removed a small cover panel on the nose.

The RCAF notes the polar bear did not get inside the helicopter and there were no crew members in the vicinity at the time. After inspection, the Cormorant crew made the necessary minor repairs and resumed flights on a planned two-week mountain flying search and rescue exercise.