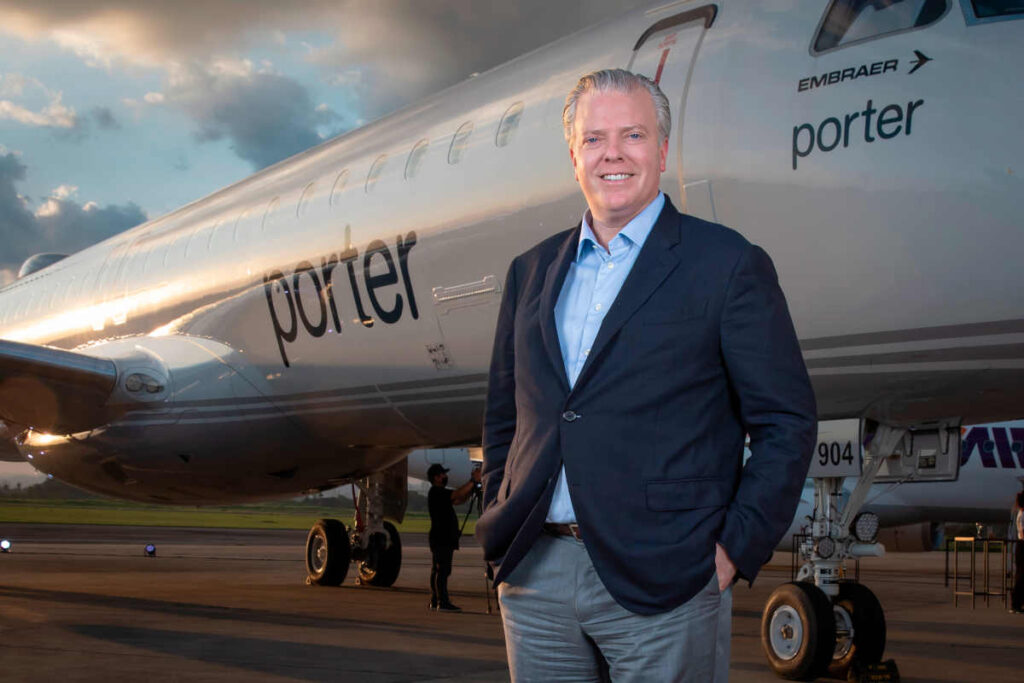 The first two of 50 Embraer E195-E2 commercial jets ordered by Porter Airlines have been delivered in a ceremony at Embraer’s headquarters in Brazil. The delivery comes just days after the E195-E2 and E19o-E2 earned Type Certification from Transport Canada. In the run up to the New Year, Embraer states it will deliver a further three aircraft to Porter.

Embraer’s E195-E2, for which Porter is the North American launch, will allow the Toronto based airline to open up routes throughout North America, including to the west coast, southern U.S., Mexico and the Caribbean.

Porter’s new Embraer aircraft will initially be deployed from Toronto Pearson International Airport, with Halifax, Montreal and Ottawa also seeing new services with the E195-E2. Porter has chosen to configure the 146-seat capable aircraft in a 132-seat all-economy configuration, with a variety of seat pitches on offer for passengers: 36, 34, and 30 inches.

“The official delivery of these aircraft is the beginning of a new era for Porter,” said Michael Deluce, president and CEO, Porter Airlines. “The E195-E2 enables us to reach across the continent, beyond our Eastern Canada roots, while introducing a level of service for economy air travellers that no other North American airline provides.”

Deluce continued to say the first planes are ready to fly to Canada later this month before going into regular service in February 2023.

“Porter is focused on delivering what we all want – making the air travel experience a pleasure,” said Arjan Meijer, president and CEO, Embraer Commercial Aviation. “Along with their exciting levels of service and generosity, Porter’s entire fleet is also without the dreaded middle seat, and will also satisfy the sustainability needs of Porter’s guests.”

Meijer describes the E195-E2 as the most sustainable single-aisle aircraft, at 65 per cent quieter and up to 25 per cent cleaner than previous-generation aircraft. “It has the lowest fuel consumption per seat and per trip among 120 to 150 seat aircraft, and is the quietest single-aisle jet flying today,” he said.