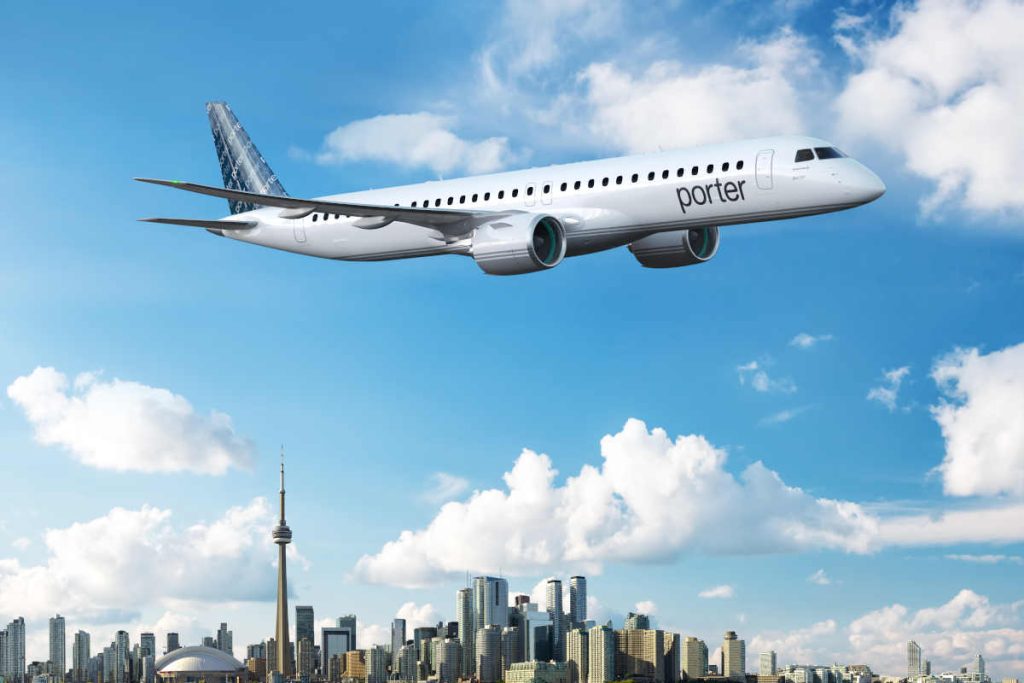 TORONTO — Porter Airlines has announced a series of route and frequency expansions in the hopes of filling the gap of a high-value economy experience across North America.

Over the last two weeks, the Toronto-based airline has made a series of announcements for new flights to Vancouver, Ottawa and Montreal, Calgary and Edmonton from Toronto’s Pearson International Airport and Billy Bishop airport, rolling out February 1.

Porter has also announced an expansion of routes from Ottawa International Airport to New York City, Boston, Quebec City and Thunder Bay as of March 26.

Last year, the airline announced a purchase of 30 Embraer E195-E2 aircraft for a total of up to 100 aircraft on order.

Chief executive Michael Deluce says Porter the airline will be taking on 50 aircraft between now and the end of 2024 to have a broad network across all major destinations in Canada and the U.S.

He says North American expansion is part of Porter’s plan to offer high-quality economy flights on a broader scale at a time when many other airlines have cut back.