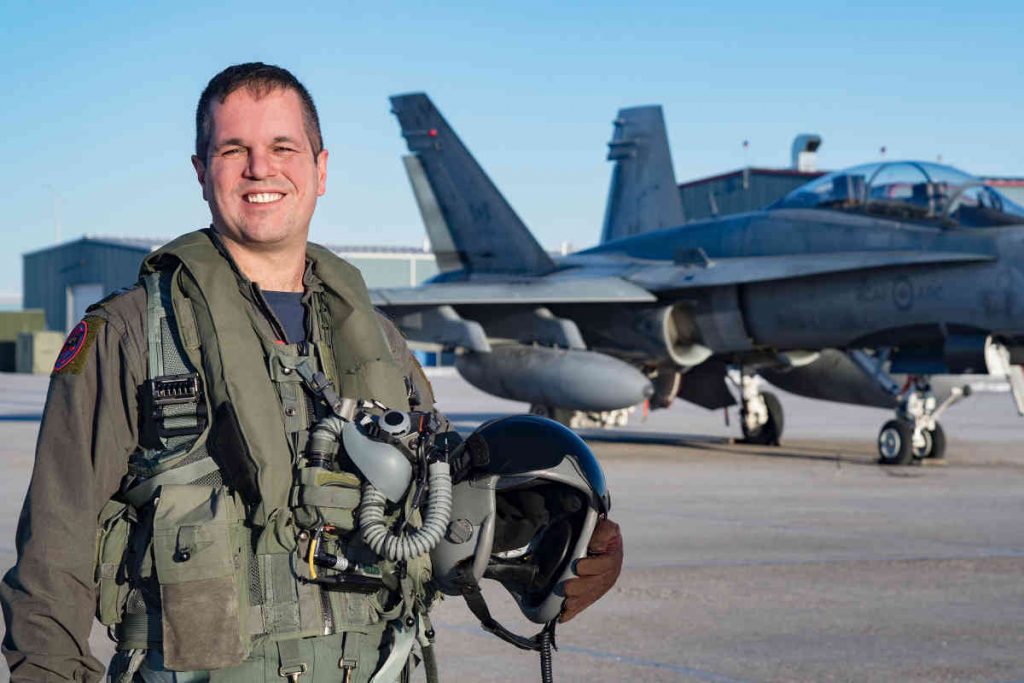 The Canadian Forces Snowbirds and CF-18 Demo Team both released tentative schedules for the 2021 show season, which are subject to change because of the ongoing COVID-19 pandemic.

A day before releasing the schedules, the Royal Canadian Air Force (RCAF) appointed Captain Dan Deluce as the pilot for its 2021 CF-18 Demonstration Team, which is comprised of 13 members including the demo pilot, eight technicians, three safety pilots and a public affairs officer/narrator.

“It is an honour and a pleasure flying the CF-18 for Canada and representing the RCAF, and I am looking forward to sharing my passion for aviation with Canadians next summer,” said Captain Deluce, CF-18 Demonstration Team Pilot.

Deluce was originally selected to fly with the CF-18 Demonstration Team in 2020 before the season was cancelled due to COVID-19. RCAF explains Deluce comes from a large aviation family, which includes his grandfather who was a Hurricane pilot during the Second World War. His father served as a commercial pilot for 40 years.

Born and raised in Toronto, Ont., Deluce earned his private pilot’s license at 16 years old before studying chemical engineering at the University of Toronto. After graduation in 2006, he completed his civilian commercial pilot license with a multi-engine instrument rating.

Captain Deluce then moved to Northern Ontario to work for an air charter and medevac company, first as a dispatcher, before flying as a co-pilot on a PC-12 aircraft. He continued flying with the company until 2010 when he was accepted into the RCAF.

After completing basic and second language training in Saint-Jean-sur-Richelieu, Que, Deluce began flight training in 2012. Upon completion of phase II flight training at 2 Canadian Forces Flying Training School in Moose Jaw, Saskatchewan, RCAF explains he was selected to fly jet aircraft and continued training on the CT-155 Hawk, where he would go on to receive his RCAF pilot’s wings.

Deluce began his current position in 2018 as an instructor at 419 Tactical Fighter (Training) Squadron, teaching Canada’s newest fighter pilots under the NATO Flying Training in Canada program. He is currently dual qualified on the CT-155 Hawk and continues to fly the CF-188 in training and operational roles.

Captain Deluce has actively trained throughout Canada and the United States with the Hornet, explains RCAF, and has served on NORAD missions across Canada. In 2017 he also deployed to Romania as part of Operation REASSURANCE, Canada’s contribution to NATO enhanced air policing.

The Snowbirds in 2021 are celebrating their 50th anniversary with what currently includes 16 Canadian and one U.S. demonstration show, beginning in North Bay, Ontario in early June and lasting until September 19 in Mirabel, Quebec (see schedule).

The 2021 CF-18 Demo Team Schedule following a similar timeline, currently kicking off in North Bay in early June and completing in Mirabel on September 19 (see schedule).