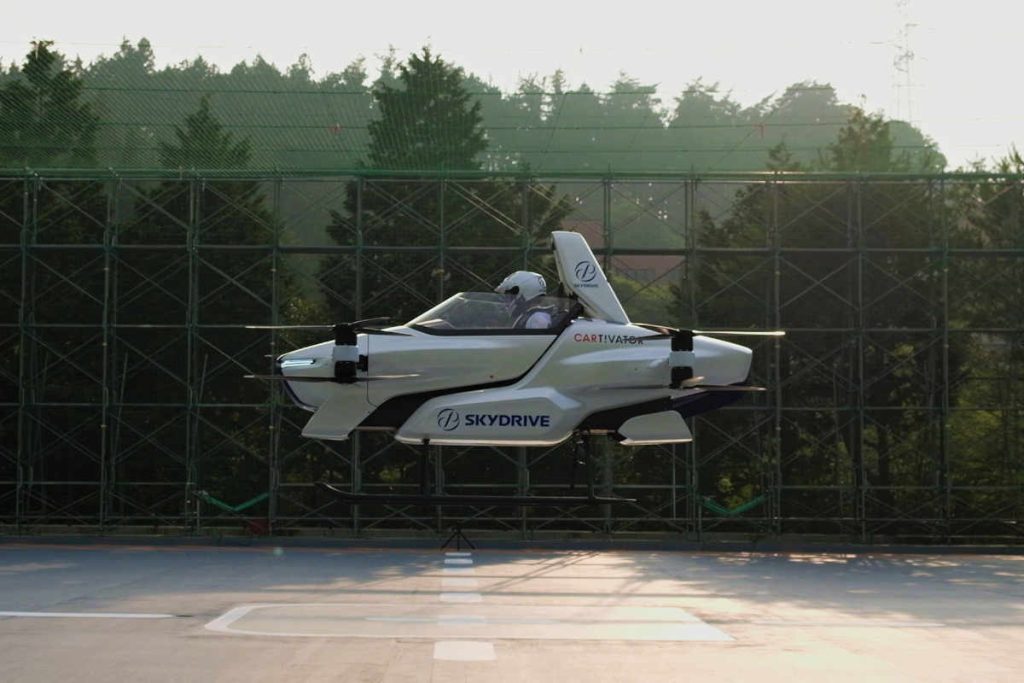 SkyDrive is aiming to launch a flying car service in the Osaka Bay area in 2025. (Photo: SkyDrive Inc.)

SkyDrive Inc. of Tokyo, focused on the development of “flying cars” and cargo drones, had its application for a type certificate of its flying car accepted by the country’s Ministry of Land, Infrastructure, Transport, and Tourism (MLIT).

Under Japan’s Civil Aeronautics Law, SkyDrive explains MLIT issues a type certificate to certify that the design, structure, strength, and performance of a newly developed aircraft meet the necessary safety and environmental requirements for each type of aircraft. Certification is only granted after the aircraft had gone through a battery of studies and tests, including strength tests and flight tests.

“SkyDrive and MLIT have been discussing how to safely develop and test this type of aircraft since the Public-Private Council to promote urban air mobility was launched in Japan in 2018 and SkyDrive received permission for the first outdoor test flight of its flying car,” stated Tomohiro Fukuzawa, CEO, SkyDrive. “We are very pleased that our application for type certification has been accepted and we will continue to work in close partnership with the government and MLIT to complete our development of a wholly safe and reliable flying car.”

SkyDrive was established in July 2018 with the mission of “Leading a once-in-a-century mobility revolution.” The company’s cargo drones, which can carry payloads of more than 30kg, are already being used at worksites in Japan, mainly in mountainous areas. SkyDrive is aiming to launch a flying car service in the Osaka Bay area in 2025.