The first Boeing 737-800NG aircraft was delivered to Swoop on May 22, marking a milestone as the airline prepares for the launch of operations on June 20, 2018. The Boeing delivery was also a chance for Swoop to show off its new livery, holding a magenta Swoop logo, and magenta accented tailfin and winglets. 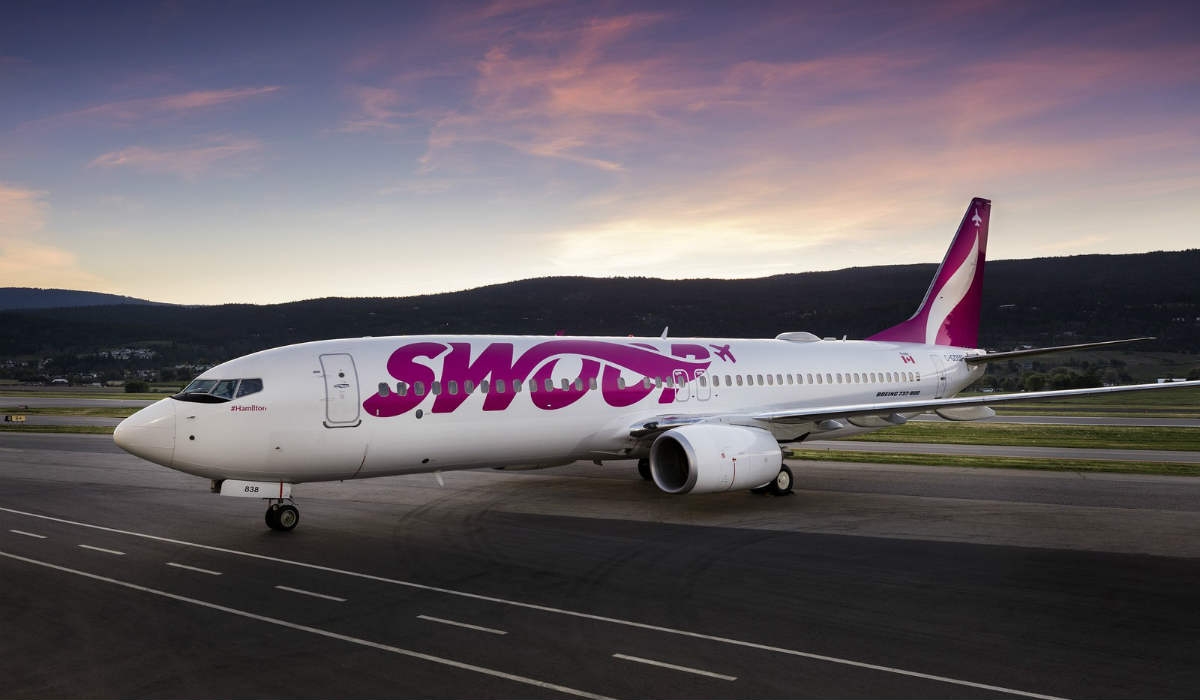 This is the first of six Boeing 737-800NG aircraft to be delivered to Swoop this year. “The delivery of our first aircraft is yet another exciting milestone as we begin the final countdown to Swoop’s operational launch,” said Steven Greenway, President and CEO, Swoop. “The phenomenal team at Swoop has been working tirelessly towards our first flights and everything is go for Swoop to take to the skies on June 20.”

Swoop plans to operate a modern fleet of Boeing 737-800NG aircraft with blended winglet technology to improve aerodynamic performance and reduce fuel burn by as much as four per cent. The company explains this is key to its ultra-low-cost business model.

Swoop has named its first aircraft #Hamilton as a nod to its first airport base at John C. Munro International Airport in Hamilton, Ontario. Swoop plans to name the first four aircraft after people and places that have been integral in its launch.