“The commercial aircraft market remains robust and we continue to see good prospects in the helicopters and defence and space businesses.” 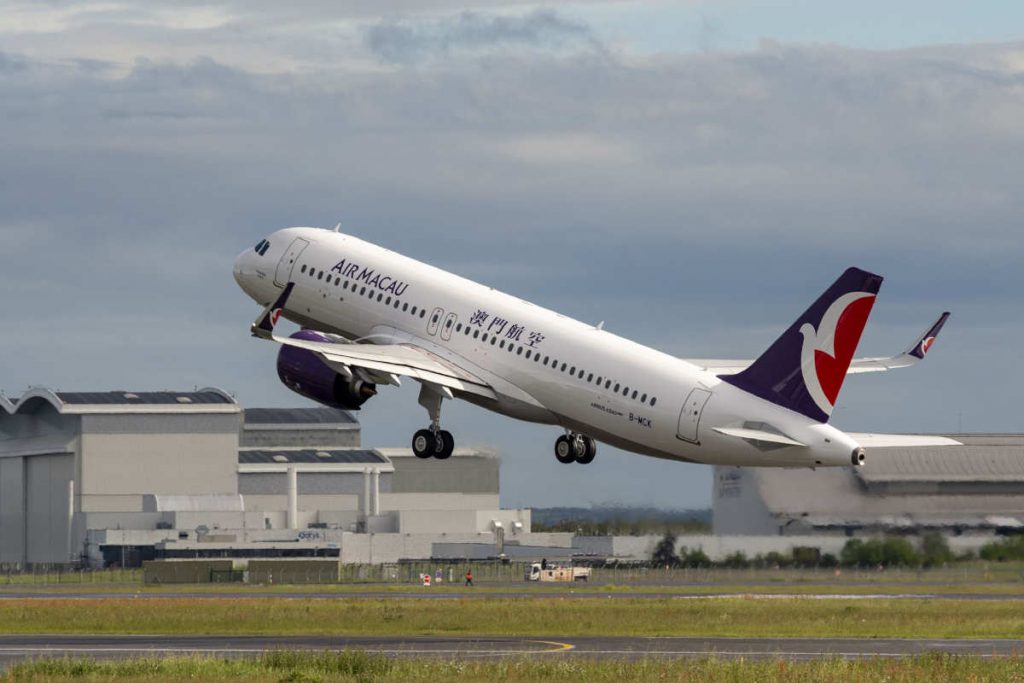 Air Macau’s first A320neo is presented during an April 2019 ceremony at Macau International Airport. It is the 21st Airbus aircraft to join this operator’s fleet. A total of 96 A320neo Family aircraft were delivered in Airbus’ first quarter of 2019. (Photo: H Gousse, master films/Airbus)

The company saw a decrease in new helicopter orders at 66 units in the first quarter of 2019 relative to 104 new orders in the corresponding period from one year ago. The Q1 2019 new helicopter orders included 20 Super Puma Family and 16 H145 aircraft. Airbus, however, also experienced a slight increase in revenues from its helicopter operation relating to what the company describes as a higher volume in services.

The helicopter operation saw Q1 2019 revenues of approximately €1.0 billion, which was an increase of five per cent relative to €961 million in Q1 2018. Airbus Helicopters’ EBIT Adjusted totalled €15 million (Q1 2018: €-3 million), again reflecting lower deliveries and higher volume in services. Airbus Helicopters delivered 46 units in the first quarter of 2019 (Q1 2018: 52 units). The company’s helicopter unit held an order book of 737 units, which was close to last year’s number of 744 units in corresponding period. 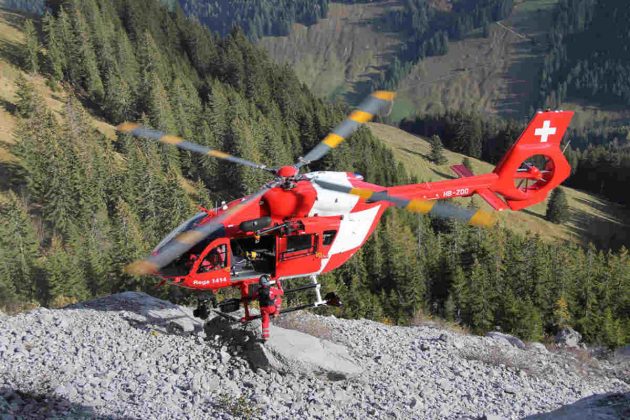 The company explained results in its Airbus Defence and Space operation reflect a stable business performance with Q1 2019 revenues at €2.1 billion down slightly from 2.2 billion in Q1 2018. The operation’s Q1 2019 EBIT Adjusted of €101 million was also slightly down from €112 million in Q1 2018. Airbus Defence and Space’s order intake by value totalled €1.1 billion in the first quarter of 2019, relative to €1.6 billion in the first quarter of 2018.

Overall, Airbus SE in the first quarter of 2019 maintained its guidance for the full-year, noting what it describes as a robust commercial aircraft segment, pointing specifically to its A320 Family production ramp-up and deliveries. The company also included results from its July 2018 move to take a majority interest in Bombardier’s CSeries program, renamed as the A220 Series.

“The first quarter underlying financials mainly reflect our commercial aircraft ramp-up and delivery phasing,” said Airbus CEO Guillaume Faury. “The commercial aircraft market remains robust and we continue to see good prospects in the helicopters and defence and space businesses. The new management team is in place and focused on delivering on our commitments.” 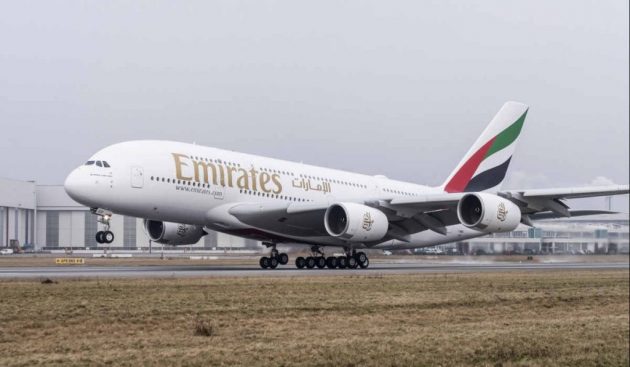 Airbus stated its decision to cease deliveries of the A380 by 2021 is primarily the result of Emirates’ cutback, but also the lack of A380 order backlog with other airlines. (Photo: Airbus)

RELATED: Airbus to cease A380 production

Airbus’ overall EBIT Adjusted improved to €536 million (Q1 2018: €-41 million), which the company explained to primarily reflect its A320neo ramp-up and premium, as well as progress on the A350 financial performance.

A total of 96 A320neo Family aircraft were delivered in the first quarter of 2019. The company stated its ramp-up of the Airbus Cabin Flex version of the A321 continued in Q1, but that it remains a challenge. Airbus stated it is working to improve execution in its internal industrial systems and monitoring engine performance.

The overall A320 Family program is on track to reach 60 aircraft per month by mid-2019, according to Airbus, and it is preparing for production rate of 63 aircraft in 2021. In the A330 program, five aircraft were delivered in the first quarter, including three NEOs. Airbus stated the flight test campaign of the A330-800 variant is progressing.

As for its 2019 guidance, Airbus expects the world economy and air traffic to grow in line with prevailing independent forecasts, which assume no major disruptions. Airbus is targetting 880 to 890 commercial aircraft deliveries in 2019.