Is it time to sell off Canada’s airports? David Emerson, a former chief executive of the Vancouver International Airport Authority (VIAA) says “yes.” In 2012, Emerson headed a federal government review of Canada’s aerospace industry. He has recently dropped another door-stopper, this time a report that redrafts the framework of Canadian transport, including dismantling Canada’s not-for-profit airport authorities. 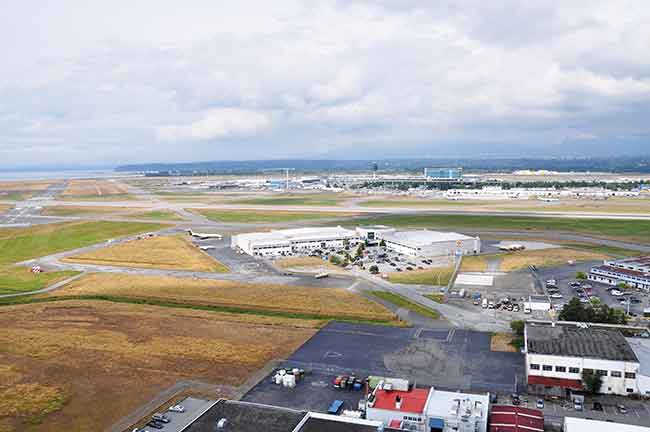 We love them because they pay a steady income for our retirees Is it time to sell off Canada’s airports?

Air transport already operates on a user pay model at home, and Canadian pension funds are big investors in airports abroad. The U.K. estimates that 12 Canadian pension plans are investing in British airports, including Caisse de dépôt et placement du Québec, which owns over 12 per cent of London Heathrow and the Ontario Teacher’s Pension Plan (OTPP) – a partner in a consortium that recently bought London’s City Centre Airport for an estimated £2 billion – and has equity stakes in airports in Birmingham, Bristol, Brussels and Copenhagen.

Like other pieces of pay as you go infrastructure such as toll roads and bridges, airports are popular with pension funds, private equity funds and stock portfolios because they deliver reliable, long-term revenue streams from diverse resources such as airline user fees and passenger ancillary fees, including parking and retail – a growing driver of airport revenue.

“We love them because they pay a steady income for our retirees, protect against inflation and are a diversifier,” Andrew Claerhout of the OTPP told The Economist newspaper last year. In March, Fairfax India, a division of Toronto-based Fairfax Financial paid US$321 million for a 33 per cent stake in Bangalore International Airport.

Emerson recommends that within three years, the federal government move to a share-capital structure for larger airports, with equity-based financing from large institutional investors such as Caisse and OTPP.

“The Review heard from many of the original authors of the Canadian [airport] model, who considered it to be a first step towards fully private, for-profit airports,” Emerson wrote. Presentations to Emerson’s Review suggest airports could already be chaffing under the current model.

“Sooner or later, the model will have to evolve; otherwise airports are likely to fall back into the same state of under-funding that led to divesture in the first place.”

CAPA, a U.K.-based air transport research group reports that around 500 commercial airports worldwide, have some form of private-sector participation in management or ownership. Approximately 15 per cent are owned outright.

Airport authorities deserve credit for investing and rebuilding Canada’s once tired air transport infrastructure, transforming it into one of the best in the world. But commercialization is not privatization. Airport authorities function as corporations, sit on billions of dollars of public-owned land, self-appoint their own boards of directors and are unaccountable to shareholders. They are not bound by private-sector discipline and, as not-for-profits, revenues are recycled back into the authority, whereas profits from airports owned by funds such as the OTPP, flow out to retirees or shareholders.

And here is the thorniest bit about privatization; it is unlikely to lower the cost of air travel, at least immediately. Airport rents should disappear, but there will be dividends to shareholders and taxes. Still, Canada ranks 135th in airport cost competitiveness according to the World Economic Forum, suggesting there is opportunity to bring costs down.

How will the current government respond? It’s tough to say. The report was commissioned by the previous administration. Transport minister Marc Garneau wants the spring and summer to study the report. Political backrooms, however, have long memories. Emerson likes to get things done, but was a minister in the last Liberal government before jumping ship to join Stephen Harper’s cabinet after the 2006 election, making him perhaps the wrong guy to deliver the right message.

The commercialization of airports and the privatization of Air Canada, the CN Railway and NAV CANADA are some of the few bright spots in a fading national transport picture. Interestingly, these bold initiatives came from Liberal and so-called red-Tory governments that mirror the direction of the current one. Emerson has delivered a road map forward; it is time to re-think how transport is built, owned and operated in Canada, beginning with the sale of airports.