News
Alternate Approach: A320: did Canada miss the bus?

Thirty years ago in February, the first Airbus Industries A320 airliner took flight. For the commercially struggling, Euro-state owned manufacturer, its entry into the single-aisle market turned out to be a game changer. As of Jan. 1, 2017, 7,422 aircraft in the A320 family had been delivered to 342 operators worldwide. 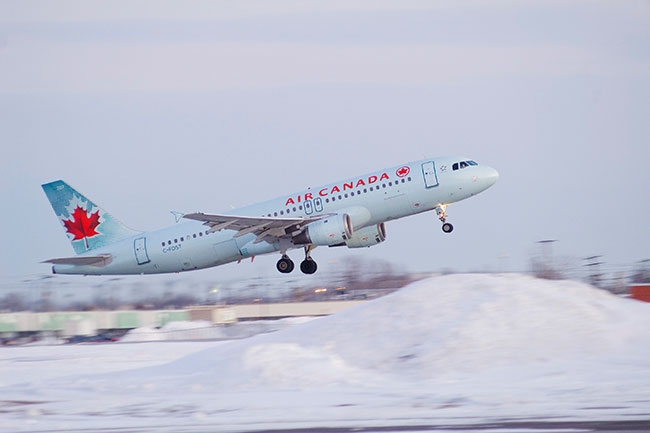 “As of Jan. 1 Thirty years ago in February

There was a time when Montreal would have been among the first assembly plants on this list in exchange for an equity stake in the program. It’s a complete reversal from last year when Bombardier approached Airbus to buy into its troubled C Series program. So, what would Canada’s own aerospace industry have looked like today if the country had taken a piece of one of commercial aviation’s most successful airliner programs?

In the mid-70s, the Liberal government of former prime minister Pierre Trudeau, wanted to leverage the design and engineering capabilities of de Havilland Canada and Canadair with the buying power of Air Canada, then a Crown corporation, to create a global market for Canadian-built air transports, larger in scale than the demand for Beavers, Buffalos and Twin Otters.

An original proposal from the early 1970s was for Air Canada to partner with a Canadian construction company to buy and merge de Havilland and Canadair, effectively creating a nationalized aerospace company. Instead, the Trudeau government chose to go it alone, buying de Havilland from the U.K.’s Hawker Siddeley Group in 1974, and Canadair from General Dynamics two years later, for the purpose of merging the two. (That merger would not happen until 1996, when both units were absorbed into Bombardier.)

At the time, conventional wisdom was that “Canavillandair” would either have to produce its own globally marketable designs, with Air Canada as a launch customer, or get involved with a U.S. program at an early design stage, with an Air Canada order as a sweetener. Despite development of the A300 – Airbus’ breakout airplane – European commercial projects weren’t worth considering – until they were.

Airbus launched the A320 program in 1982. Development costs were pegged at approximately US$1.7 billion. But demand for the proposed new jet appeared to be soft, and funding for the program among some of the consortium’s government partners, especially Germany and the U.K. was uncertain.

By 1983, Airbus was pitching other potential funding partners, including Lockheed that had recently announced it was pulling out of the commercial aircraft market after shutting down its L1011 TriStar program. Airbus’s pitch to de Havilland was for C$500 in government funding in exchange for a Canadian production facility.

From the beginning, Airbus had signaled that marketability rather than easy sales from the consortium’s state-owned airlines would drive the case for developing new airplanes. Despite that and the temptation of bringing a new aircraft production line to Montreal, the government walked away from the proposal.

There is little doubt that even with a minority stake in early A320 development, the face of Canada’s aerospace industry would look much different today. It is just as possible that instead of being absorbed into Bombardier, the combined entity of de Havilland and Canadair would be operating either as a subsidiary of Airbus, or an equity partner in additional projects such as the A380 and A350.

It is unlikely that Airbus would support both the Q400 and ATR72 turboprop lines, but Canada may still have been the European company’s ticket into the regional jet market, since Bombardier’s early regional jets do not compete with the Airbus product line. The same cannot be said, however, for the C Series, which was always intended to go head-to-head with Airbus and Boeing at the smaller end of the single-aisle market.

Still, would Airbus and Boeing have been as quick to market with re-engined versions of the A320 and 737 if the C Series did not exist?

It is a vicious circle, and on the 30th anniversary of the A320’s first flight, Airbus has pulled out far ahead of not only Bombardier, but its closest rival in sales for a new generation of single-aisle jets. Hindsight is 20/20. But for a C$500 investment in 1983, would Canada still be part of the ride?