News
At the gate: Can a low-cost option survive? 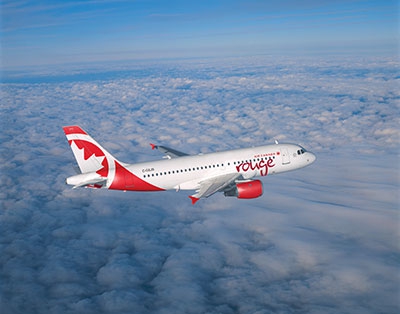 It’s easy to attract customers with low fares Stop me if you’ve heard this one before. Not one but two new low-cost Canadian carriers are attempting to get off the ground.

Stop me if you’ve heard this one before. Not one but two new low-cost Canadian carriers are attempting to get off the ground. It’s good news for flyers, maybe not for Air Canada and WestJet. The two upstarts are Vancouver-based Canada Jetlines and Jet Naked of Calgary. Both are looking for funding to begin operations next spring. (For more, see “Surveying the landscape,” page 16).

While the startups plan to fly domestically and serve U.S. vacation markets such as California and Florida as well as Mexico, Air Canada Rouge has been focusing on Europe and some U.S. sun destinations. But Air Canada (AC) is ready to switch its focus to compete aggressively against any newcomers, said AC CEO Colin Rovinescu.

“We have positioned Rouge to be capable of serving the leisure markets,” he said during a conference call. “And so we are confident that we’re going to have a good product if we wanted to deploy it in any market that has the characteristics of a leisure market and obviously many of these so-called ultra-low cost carrier markets are leisure markets.”

While there could be room for a new ultra-low-cost-carrier (ULCC) in the Canadian market, any new airline will face, “significant challenges that we believe may be insurmountable,” analyst Cameron Doerksen of National Bank Financial said in an industry report. Even if one or both ULCCs make it off the ground, their initial capacity will be too small to have any significant financial impact on either AC or WestJet, he added.

But the industry has a graveyard full of other Canadian low-cost carriers who have attempted to take market share away from the legacy carriers with little success. Think Canjet, Greyhound Air, Harmony, Intair, Jetsgo and Rootsair to name a few.

Still, AC and Westjet’s bottom lines could be impacted over the longer term if one or both of the new guys get a foothold in the market, with AC being impacted the most.

“Although WestJet’s Encore is slowly adding competitive capacity on underserved regional routes, AC still has the leading share domestically and therefore may be the main target of new competition,” said Doerksen.

And while AC has made progress in reducing its cost structure and can more effectively compete on leisure routes with Rouge, a new domestic competitor will have a larger cost advantage over AC (up to 31 per cent cheaper) that it will over WestJet, estimated Doerksen. Even though both potentially new ULCCs are based in Western Canada, WestJet’s home base, the thinking is WestJet would be more at risk. But WestJet has a lower cost structure than AC and therefore is less vulnerable to lower priced competition. Doerksen estimates a new ULCC will only have a 12 per cent cost advantage over WestJet. In addition, WestJet is growing its network to include a number of smaller cities where competition has been minimal and that a new ULCC will likely compete more against AC than WestJet.

“But it can be one of the most profitable sectors of the industry if you can find a niche market like the far north,” he said. “That’s what WestJet’s Encore is doing with the Q400. It’s going to markets not being served by AC where it can charge higher fares. Another example of a niche market is Porter at Toronto Island. If you have a strategic asset like Porter on Toronto Island or a low-cost model like Southwest you can do well.”

There are a number of interesting variations of airlines making a profit around the world like Ryanair and JetBlue, Moore added. And the turnover is lower than most sectors because it’s perceived as a glamour industry.

“You see a lot of entrepreneurs start early like (Porter founder) Robert Deluce who started an airline when he was at McGill. Of course it helps if you have deep pockets. But a lot of people invest in the industry contrary to common sense.”

There’s no shortage of entrepreneurs wanting to start an airline and the principles involved in the two latest ventures are aviation professionals, noted Rick Erickson, head of R.P. Erickson and Associates based in Calgary.

“On the operational side, there is no difficulty as there are a lot of available aircraft and personnel,” he said. “But on the finance side, investors are rightly spooked. There is an 800 pound gorilla (AC) and a 600 pound gorilla (WestJet) out there with deep pockets. Air Canada has something like $1.5 billion in cash and WestJet $1 billion.”

Both startups face immense challenges because they’re targeting niche markets and there aren’t any left, said Erickson. There is still room for a discount carrier in Canada, but it would get crushed by the incumbents if they only start with a few aircraft serving three or four routes where the big boys can match fares.

“To have any chance, you have to start with about a dozen aircraft on 25 routes, because I don’t think the incumbents could compete on so many routes for very long.”