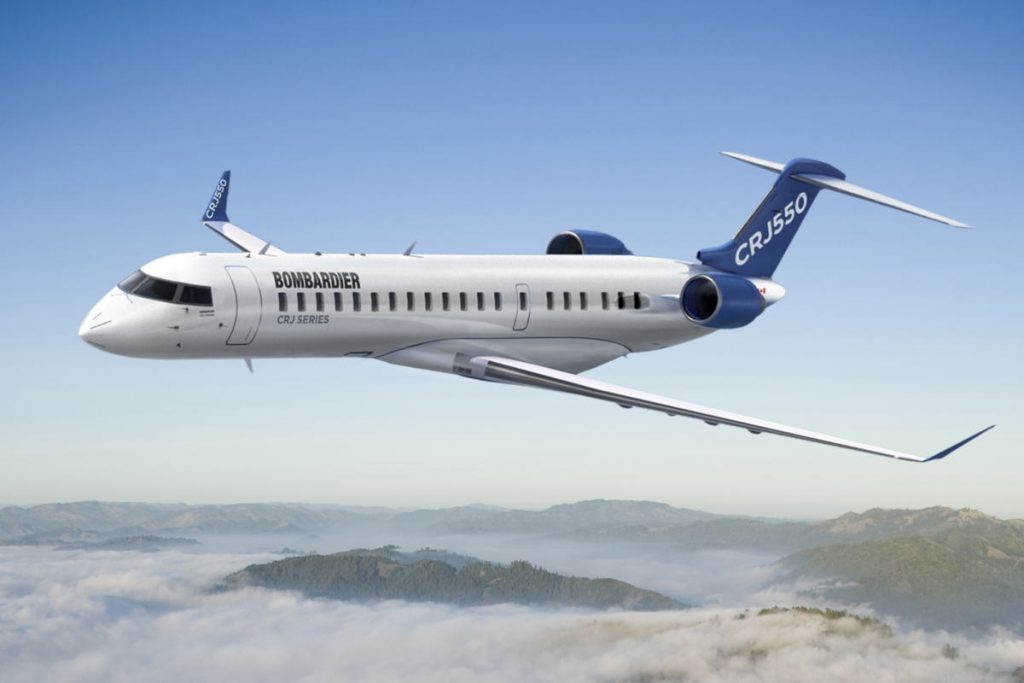 Bombardier launched the 50-seat CRJ550 aircraft with a new type certificate based on the CRJ700 back in February 2019. (Photo: Bombardier)

Bombardier also retains certain liabilities totaling $288 million as of March 31, 2020, an amount that is largely fixed, according to the company, and not subject to future changes in aircraft value. It is mainly payable by Bombardier over the next four years. Under the agreement, Bombardier’s interest in the Regional Aircraft Securitization Program (RASPRO), valued at approximately $170 million, has also been transferred to MHI.

“I am pleased to announce the opening chapter of MHIRJ’s story,” said Hiroaki Yamamoto, president and CEO of MHI RJ Aviation. “Building on the solid foundations already in place and with the strong support of the MHI group of companies, there is new energy on board and our team is committed to serving the regional aviation market and becoming a platform for growth in the industry.”

Through the CRJ Series sale, MHI acquires the maintenance, engineering, airworthiness certification support, refurbishment, asset management, marketing and sales activities for the CRJ Series aircraft, along with the type certificates and related intellectual property rights. This includes the program’s services and support network located in Mirabel, Québec, and Toronto, Ontario, and service centres located in Bridgeport, West Virginia, and Tucson, Arizona. CRJ Series Spare parts will continue to be distributed from depots in Chicago and Frankfurt, Germany.

Bombardier notes it will continue to supply components and spare parts and will assemble the remaining 15 CRJ aircraft in the backlog as of March 31, 2020, on behalf of MHI until the complete delivery of the current backlog, expected in the second half of 2020.