“MHI has a decades-long history in Canada, and I hope this transaction will result in the expansion of our presence in the country, and will represent a significant step in our growth strategy.” 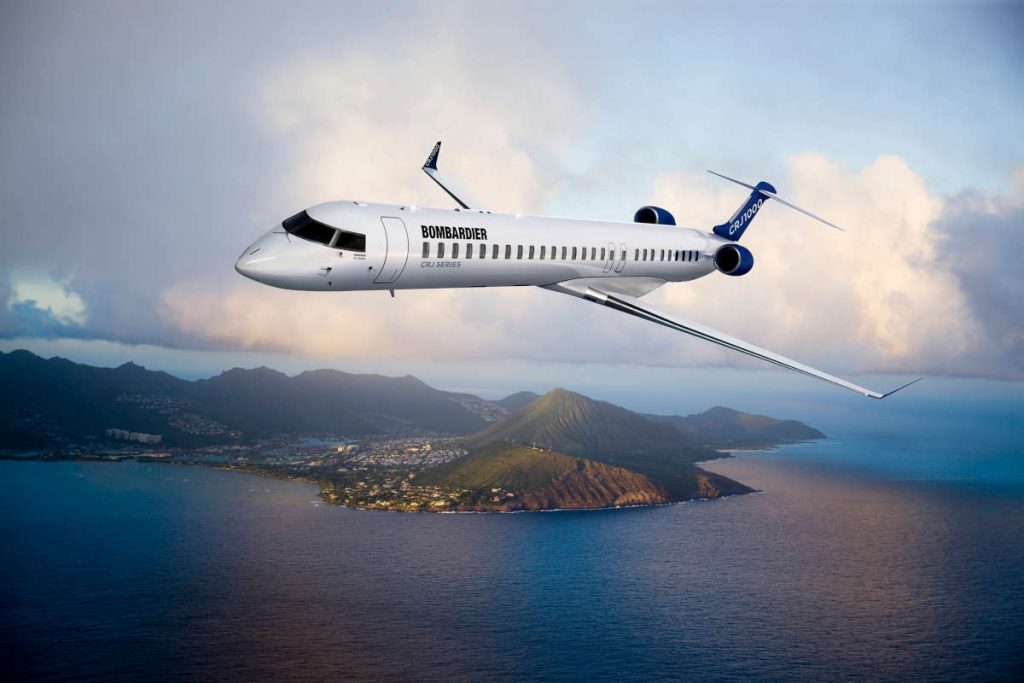 Before COVID-19, there were more than 1,900 CRJ regional jets in service with more than 120 operators in 90 countries. (Photo: Bombardier)

Mitsubishi Heavy Industries Ltd. reached a definitive agreement to acquire Bombardier’s Canadair regional jet program for a cash consideration of US$550 million, plus the assumption of liabilities amounting to approximately US$200 million. Under the agreement, Bombardier’s interest in the Regional Aircraft Securitization Program (RASPRO), which is valued at approximately US$180 million, will also be transferred to MHI.

The deal, expected to close during the first half of 2020, means Mitsubishi Heavy Industries (MHI) will acquire the maintenance, support, refurbishment, marketing, and sales activities for the CRJ Series aircraft, including the related services and support network located in Montréal, Québec, and Toronto, Ontario, as well as its service centres located in Bridgeport, West Virginia, and Tucson, Arizona, as well as the type certificates.

MHI states the acquisition is complementary to its existing commercial aircraft business, in particular with its Mitsubishi SpaceJet aircraft series, which is still awaiting certification from regulatory authorities. The company continues to explain the maintenance and engineering capabilities of the CRJ program would enhance its customer support functions.

“This transaction represents one of the most important steps in our strategic journey to build a strong, global aviation capability,” said Seiji Izumisawa, president and CEO of MHI. “It augments these efforts by securing a world-class and complementary set of aviation-related functions including maintenance, repair and overhaul [MRO], engineering and customer support.

“The CRJ program has been supported by tremendously talented individuals. In combination with our existing infrastructure and resources in Japan, Canada and elsewhere, we are confident that this represents one effective strategy that will contribute to the future success of the Mitsubishi SpaceJet family,” Izumisawa continued. “MHI has a decades-long history in Canada, and I hope this transaction will result in the expansion of our presence in the country, and will represent a significant step in our growth strategy.”

The CRJ production facility in Mirabel, Québec, will remain with Bombardier. Bombardier states it will continue to supply components and spare parts and will assemble the current CRJ backlog on behalf of MHI. CRJ production is expected to conclude in the second half of 2020, following the delivery of the current backlog of aircraft.

“We are very pleased to announce this agreement, which represents the completion of Bombardier’s aerospace transformation,” said Alain Bellemare, president and CEO, Bombardier. “We are confident that MHI’s acquisition of the program is the best solution for airline customers, employees and shareholders.”

Bellemare continued to explain Bombardier’s focus will be placed on two growth pillars: Bombardier Transportation, its global rail business, and Bombardier Aviation, which is centred around business jets.

Bombardier will also retain certain liabilities representing a portion of the credit and residual value guarantees totaling approximately US$400 million. This amount is fixed, explains the company, and not subject to future changes in aircraft value, and payable by Bombardier over the next four years.