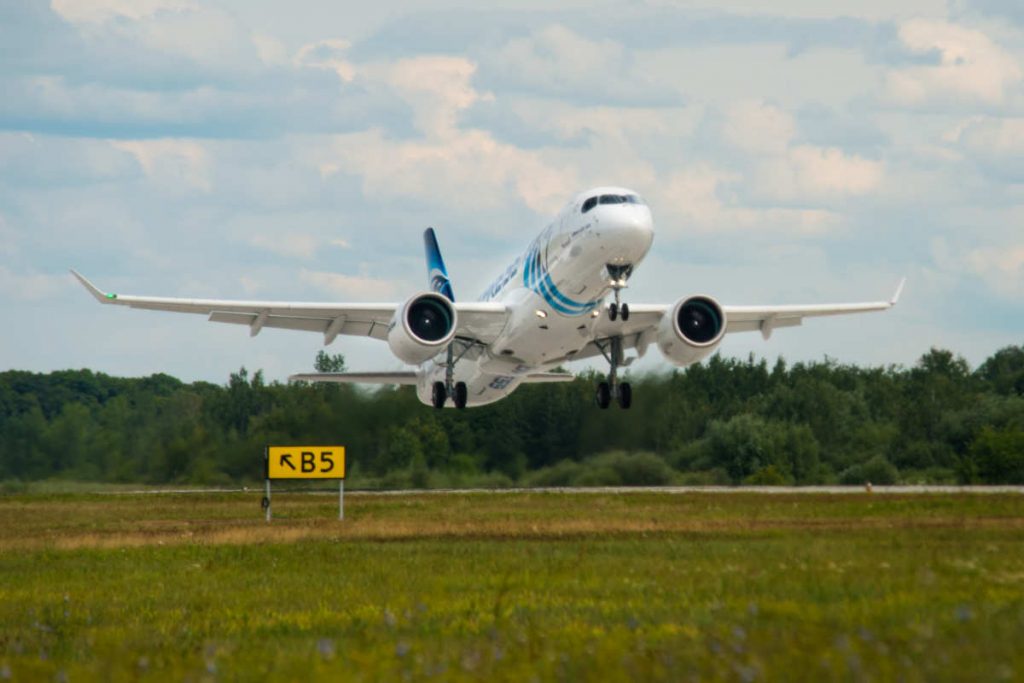 The first A220-300 for EgyptAir in late August completes its maiden flight from Montréal–Mirabel International airport. (Photo: Airbus)

The first A220-300 for EgyptAir, which is being assembled in Mirabel, Quebec, has completed its inaugural test flight. The first of 12 A220 aircraft ordered by EgyptAir is due to be delivered to the Cairo-based airline in the coming weeks.

The single-aisle A220 is outfitted with a brand-new cabin layout of 134 seats. Following its maiden flight, the airplane will now enter its final phase of completion before delivery.

The A220 leverages Pratt & Whitney’s latest-generation PW1500G geared turbofan engines to offer what Airbus describes as at least 20 per cent lower fuel burn per seat compared to previous generation aircraft. The airplane has a range of up to 3,400 nm (6,300 km).

More than 80 A220 aircraft are now flying with five operators on regional and transcontinental routes in Asia, America, Europe and Africa.