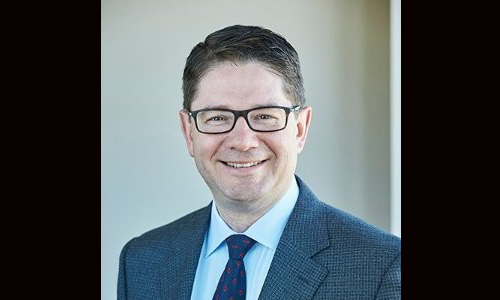 Éric Martel is set to become president and chief executive officer of Bombardier effective April 6, 2020, succeeding Alain Bellemare, who has led the Montreal company for the past five years.

“Éric is the right leader at the right time for Bombardier, as the company is completing its turnaround plan and focusing on growing its leading business aviation franchise,” said Pierre Beaudoin, chairman of the Bombardier board of directors.

Bellemare led Bombardier through a series of major divestitures, including its commercial aviation, training and rail assets (pending), as well as a vast majority of its aerostructures interest, leaving business jets as its only pillar of original manufacturing.

Martel holds a bachelor’s degree in electrical engineering from Laval University and is a member of the Ordre des ingénieurs du Québec. In addition to his past experience with Bombardier, he has held leadership positions at Pratt & Whitney, Rolls Royce, Procter & Gamble and Kraft Foods. He sits on the board of directors of the Global Sustainable Electricity Partnership and chairs the Energy Community of the World Economic Forum (Davos).

“I am very excited and honoured to be able to rejoin Bombardier as it begins an exciting new chapter. I have always been passionate about Bombardier, its employees and products, and I look forward to building a highly successful, agile and focused company, capable of providing unmatched service to customers, world-class opportunities to employees and creating value for our shareholders,” stated Martel.