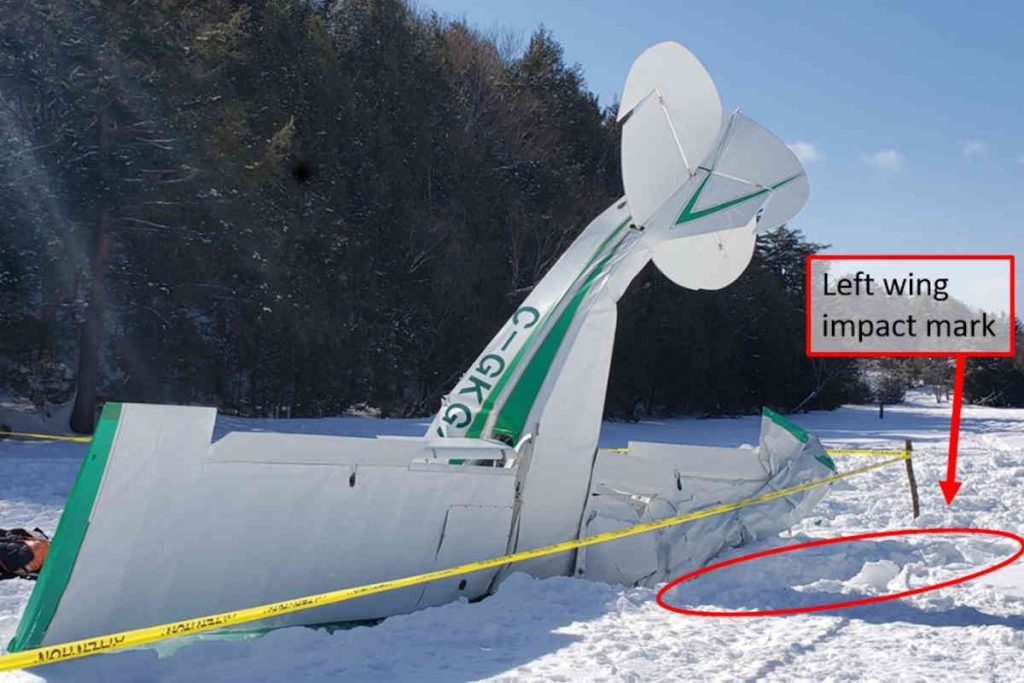 The Transportation Safety Board of Canada on August 17 released its investigation report (A21Q0007) into the collision of a Wag-A-Bond amateur-built aircraft with the frozen surface of Lac Barron that occurred on March 3, 2021, near Gore, Quebec.

The TSB conducted a limited-scope, fact-gathering investigation into this occurrence to advance transportation safety through greater awareness of potential safety issues.

Shortly after 8:00 am, the Wag-A-Bond aircraft (registration C-GKGX, serial number 01) took off from Barron Lake to meet one of the aircraft’s co-owners to conduct other flights during the day. The aircraft climbed to nearly 50 feet above ground level (AGL), according to the TSB report, and entered a spin to the left and struck the surface of the lake in a near-vertical attitude.

The pilot was fatally injured. The aircraft was destroyed by impact forces and there was no post-impact fire. Visit TSB’s investigation page to learn more about this accident.