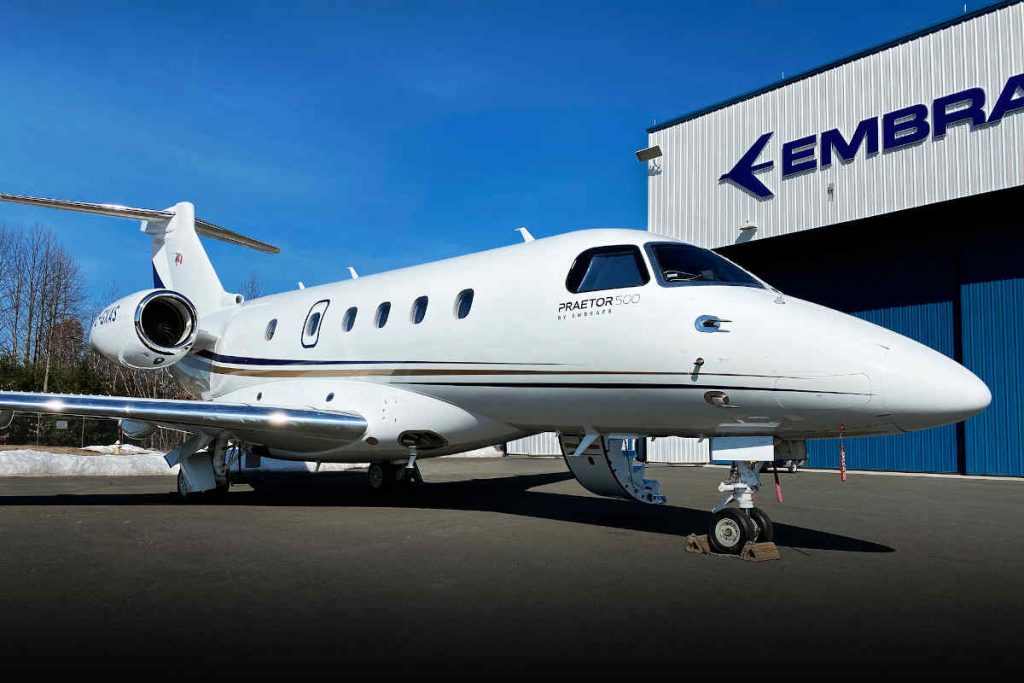 AirSprint today announced its inaugural conversion of an Embraer Legacy 450 to an Embraer Praetor 500 aircraft. The conversion was performed at an Embraer Executive Jets Service Center and is the first of two conversions that Embraer will perform this year for the AirSprint fleet.

Headquartered in Calgary, with offices in Toronto and Montréal, AirSprint made key appointments to its executive leadership team, including naming James Elian as President and CEO. Jared Williams takes on the role of Chief Operating Officer for Air Sprint and will also continue as Vice President, Operations. Judson Macor, who founded AirSprint in 2000, will continue as Chairman of the Board.

The Praetor 500 conversions, along with the acceptance of a new Praetor 500 coming October 2021, will bring AirSprint’s count of this technologically advanced midsize business jet to three by the end of the year.

“The introduction of the Legacy 450 to the fleet in 2016 was a game-changer for AirSprint as it opened up the world to our fractional owners like never before,” said James Elian, President of AirSprint. “With an increase in range of 15% over the Legacy 450, the Praetor 500 is the perfect complement to the fleet and the next step towards providing our fractional owners with direct access to many more destinations, more experiences, and more opportunities.”

“We are delighted to strengthen Embraer’s partnership with AirSprint, delivering its first converted Praetor 500,” said Frank Stevens, Vice President, Global MRO Centers, Embraer Services & Support. “We are looking forward to receiving another Legacy 450 in the coming months to perform the same modifications, which will offer even more flexibility to AirSprint’s operations.”

AirSprint describes the Praetor 500 as “a stellar corner-to-corner aircraft” with the ability to span North America non-stop, connecting routes like Calgary to Maui, New York to Vancouver, Toronto to Los Angeles, or even Montréal to Paris.

The operator notes, that in order to generate these range improvements over the Legacy 450, the level-sensing wiring in the fuel tanks were replaced, the over-wing gravity fueling ports were moved, the fuel-measurement system was relocated, and the wing ribs were reinforced to hold additional weight.

These adjustments, continues AirSprint, entailed updates to the flight control systems, including a new avionics load for the acclaimed Collins Aerospace Pro Line Fusion flight deck. AirSprint also points to the installation of the Praetor’s swept winglet for the conversion from a Legacy 450 (2,904 nautical mile range) into a Praetor 500 (3,340 nautical miles).

“The new Praetor 500 and Praetor 600 will be the most disruptive and technologically advanced aircraft to enter the midsize and super-midsize categories,” said Luciano Froes, Senior VP, Marketing, Embraer Executive Jets, during the aircraft platform’s introduction at NBAA 2018.