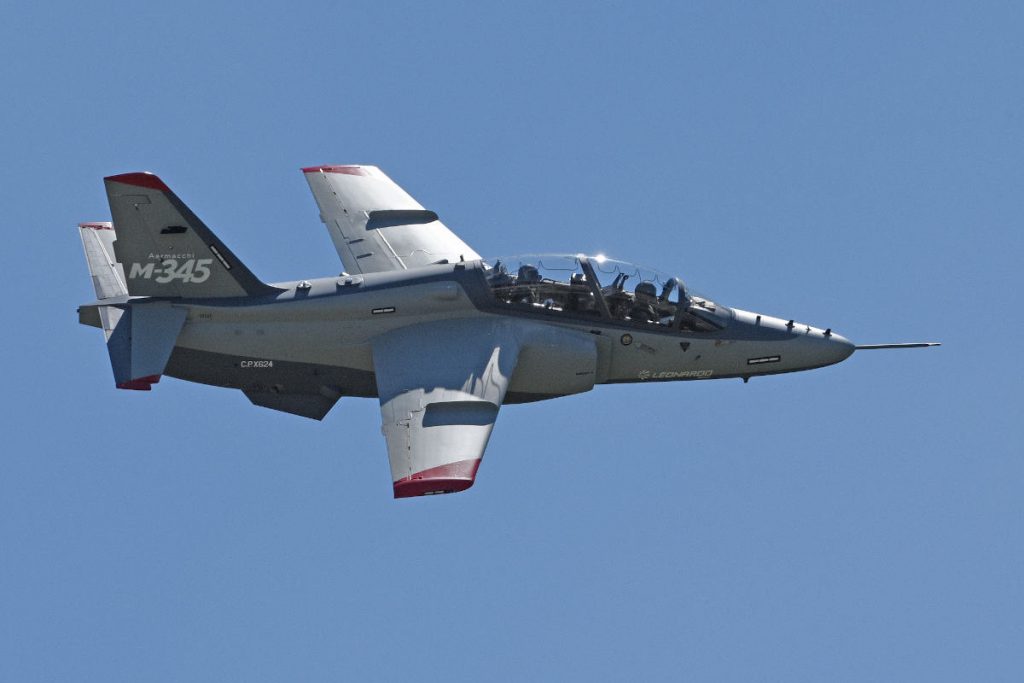 Leonardo has received the Initial Certification for its new M-345 training aircraft from the Directorate for Air Armaments and Airworthiness, which is the Italian Ministry of Defence’s Certification Authority. Leonardo states the M-345 is capable of providing jet trainer aircraft-like performance and efficiency at the cost of a turboprop.

“The achievement of the Initial Certification for the M-345 – unique in its segment for acquisition and operational costs – confirms the aircraft features excellent characteristics and capabilities and makes it available for the international market,” said Lucio Valerio Cioffi, Managing Director of Leonardo Aircraft Division.

Leonardo notes the Initial Certification of the M-345 marks the first case of enforcement of the new AER (EP) P-21 rule for a fixed-wing aircraft. This rule adopts the European EMAR-21 – (European Military Airworthiness Requirements), which the company describes as a stringent international certification requirement that will also be beneficial to the export of the aircraft.

The new aircraft, designed to meet basic and basic/advanced training needs, will complement the M-346s used by the Italian Air Force for the advanced phase of pilot training. In the framework of the International Flight Training School project, Leonardo also explains the M-345 will support the reinforcement and internationalization of the training offer launched by Leonardo in partnership with the Italian Air Force.

Technology already developed for the M-346 include the Live Virtual Constructive capability, which allows for the integration of the in-flight aircraft with simulated friend-or-foe elements.