“This aircraft is a game changer for Air Canada. There is simply no rival in its category.” 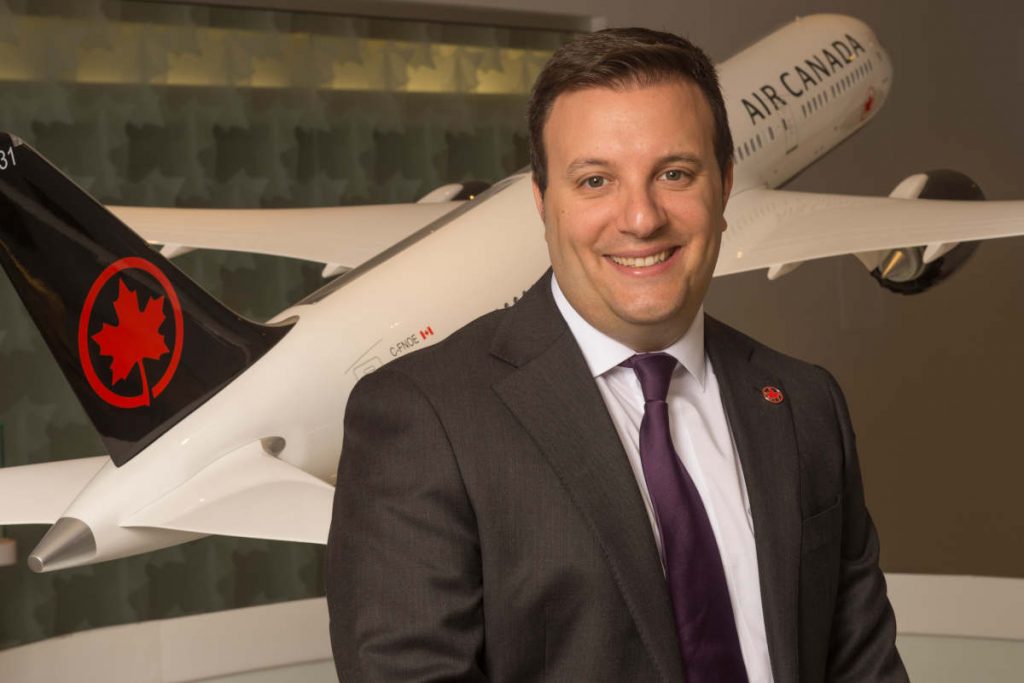 In December, Air Canada’s first Airbus A220-300 will arrive at Montréal’s Trudeau International Airport on a delivery flight from the former Bombardier assembly plant at nearby Mirabel. One small hop for the world’s most advanced narrow-body airliner, one giant leap for Air Canada’s North American route network. In addition to the 2,500 people employed in Mirabel by Airbus, the airline notes the A220 includes parts from 30 Canadian suppliers.

Air Canada will be the seventh customer airline to take delivery of the A220. As of August 31, 2019, Airbus had delivered 83 Canadian-built A220s, to customers including SWISS, Air Baltic (launch operators for the A220-100 and larger 300, respectively) and Delta Air Lines, which introduced the airplane into service in January. The jet is at the heart of a narrow-body revolution alongside the Boeing 737 MAX (when it returns to the skies, likely in early 2020) and Airbus A321LR (long range). Airlines are flying single-aisle jets over longer distances including the trans-Atlantic (Air Transat recently announced A321LR service between Montréal and Copenhagen for 2020), looking to finally crack the DNA code for operating jets profitably in the tough 100-passenger market (a sector where the earlier Airbus A318 has struggled) and insert a more comfortable mainline cabin into the short-haul sector. The versatile A220 checks off the boxes of all three.

“This aircraft is a game changer for Air Canada. There is simply no rival in its category,” says Mark Galardo, vice president of network planning with Air Canada. Galardo, a 16-year veteran with the airline was a central member of the team that made the business case for the A220. Size and range were essential to the pitch. “Canada is characterized by its low population density and significant geographic distances – so aircraft range is critical,” Galardo told Wings. “With the Embraer 190 and 175, and the older Airbus, range is very limited. And the larger size of the 737 MAX doesn’t make economic sense for routes with thinner passenger demand. The A220 is nicely sized and has given us a laundry list of cities to serve across the country.”

Air Canada placed its order for 45 A220s (while it was still the CSeries) in February 2016, breaking a sales drought and handing Bombardier a prestige order it so badly needed. The airplane does not does not launch dedicated service from Montréal to Seattle and Toronto to San Jose until next spring. But the A220 isn’t going to be wheels down at Dorval for too long after the delivery flight. Revenue service will ramp up in January on a host of domestic routes as Air Canada gets ready to introduce its first new airliner type since the 737 MAX and first clean sheet jet since the 787, Air Canada’s last all-new game changer.

First Air Canada A220 rolls out of paint shop

As vice president of network planning, Galardo was heavily involved in bringing the 787 into service and says comparisons between it and the A220 are fair game. “You’ve got technology advances just like the 787. It is an economic game changer like the 787 and it will allow us to open more nonstop routes within North America.”

Galardo is tight-lipped over which city pair will be the A220’s first route (Toronto – Halifax was the 787’s inaugural revenue service). The aircraft will replace Embraer 190s, where it is expected to improve per unit operating costs, including a 15 per cent reduction in fuel burn versus the Brazilian regional jet. One thing is certain, the A220 will not be pressed into back-filling ongoing capacity gaps left by the grounding of the 737 MAX.

To help ensure a seamless entry-into-service, Air Canada has consulted widely with existing A220 operators (excluding Delta) on what to expect. SWISS, a subsidiary of Lufthansa and Air Canada Star Alliance partner operates a mixed fleet of 29 A220-100 and 300 aircraft and has been a solid information source for Air Canada.

“There have not been a lot of surprises,” Galardo says. “The feedback we’ve been getting from Lufthansa Group is they are impressed with the economics of the aircraft.”

Indeed, the A220-300 has been instrumental in helping SWISS regroup at its Geneva base against ultra-low-cost challengers such as EasyJet. The availability of 145 seats versus up to 180 with A320, has enabled SWISS to reduce capacity and not target low-fare passengers just to fill the airplane. SWISS reports that A220 per seat costs are similar to the A320, but the overall operating cost is lower.

“We are generating some profit out of Geneva, which is good,” Harry Hohmeister, chief commercial officer of network airlines for Lufthansa Group told Forbes Magazine. “It has to do also with the machinery we are flying there.”

SWISS also operates the A220-100 to London City Airport. The series 100 is the largest passenger jet certified for short-field capabilities at the so-called ‘banker’s airport.’ A continued ban on passenger jets at Toronto’s Billy Bishop Airport has stalled an order for the A220 by Porter Airlines. For Air Canada, the deployment strategy for the A220 is two-fold; offer nonstop service on longer, secondary city pairs too small to support an A320 or MAX, and open new trans-border corridors to flow more U.S. passengers into its global route network. Starting with daily trans-continental flights as of May from Montréal to Seattle and Toronto to San Jose, serving America’s Silicon Valley. “These are two of the fastest growing economies in the U.S.,” says 23. “The Embraer does not have the range and the 737 MAX is too big. The A220 is the only way we could reach these destinations.”

The A220 is a centrepiece of an aggressive strategy for Air Canada to increase its share of U.S. international transit passengers from 1.3 per cent to two per cent, boosting revenues by an estimated $675 million. The Seattle service will seamlessly transfer passengers on flights to Europe and North Africa from its Montréal hub.

In developing the CSeries, Bombardier has blurred the line between regional and mainline flying with a wider cabin, larger windows, and an unprecedented level of space and comfort for an aircraft in its category, including economy. Air Canada will operate its A220s with 137 seats in a mixed-class configuration: 12 in a 2×2 configuration in Business Class and 125 in a 3×2 layout for Economy passengers. Every seat on the A220 features a Panasonic eX1 in-flight entertainment system with more than 1,000 hours of content (available in 15 languages), including access to Bell Media’s premium entertainment service, Crave, and Canadian-based multi-platform audio service, Stingray.

“When connecting through our hubs across Canada onward to international destinations, customers travelling on an A220 will benefit from a virtually seamless cabin experience offering the same level of service and comforts as on a widebody aircraft,” says Galardo.

Air Canada is inserting the A220 into its transcontinental route network earlier and more aggressively than Delta, which will not launch an A220 transcontinental service until June 2020, on its Atlanta – Seattle route. Neither airline is pushing the airplane to the outer limit of its range, and Airbus has announced an increase in the maximum take-off weight by 2,268 kilograms, which will increase the aircraft’s range to 6,300 kilometres for the A220-100 and 6,200 kilometres for the A220-300, enabling flights from Montréal to London or Vancouver to Cuba.

The longer-range version will be available in 2020. Air France, which recently placed an order for 60 A220s to replace ageing Airbus A318 and A319 and rebuild its money-losing domestic and European network is said to be interested in a stretch version of the aircraft.

Air Canada expects to have 11 A220s in service by next summer. For now, the intended fleet is the size and range the airline needs, with Galardo and his team working on deployment options. The versatility of the aircraft provides tremendous flexibility for Air Canada. (The A220-100 can operate from London City to New York JFK in a 40-seat all premium configuration). “This aircraft has the size and economics to allow us to become a lot more versatile,” adds Galardo.